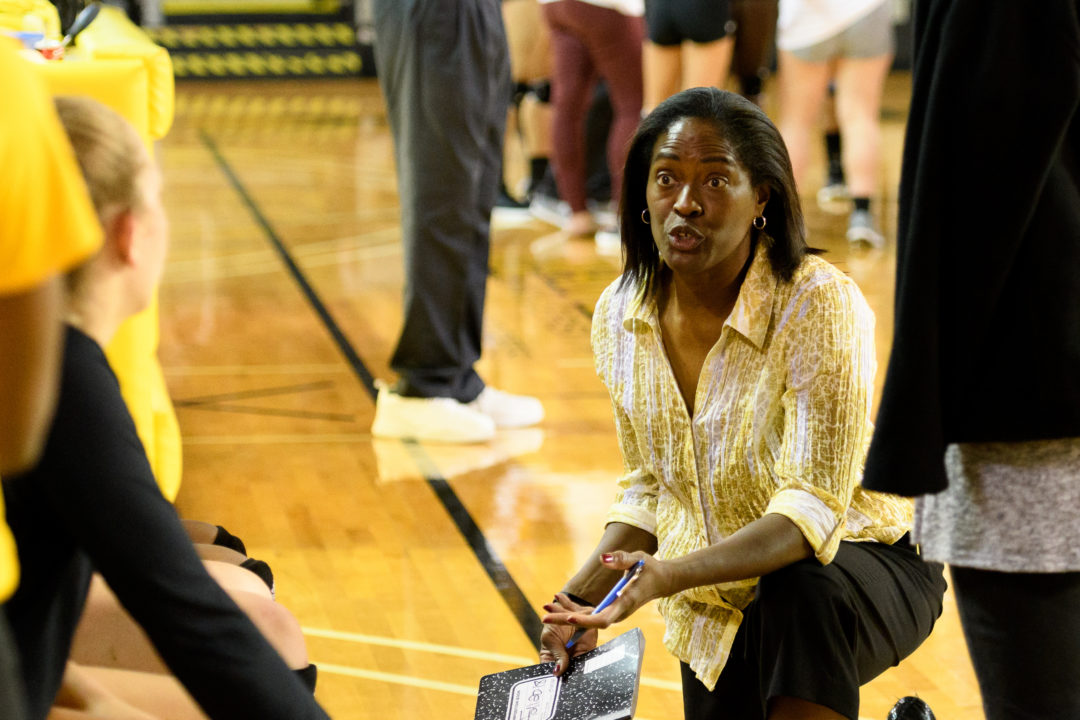 NEW ORLEANS — Pat Kendrick got her 500th career victory as a head coach, and Xavier University of Louisiana overcame a lethargic second set to post a 25-12, 24-26, 25-18, 25-14 Gulf Coast Athletic Conference volleyball decision Saturday over Dillard at the Convocation Center.

“A huge congratulations to coach,” said XULA sophomore Kayla Black, who had 15 kills and 11 digs in her 10th double-double of the season. “She’s a phenomenal coach because she pays attention to the little things. She congratulates us when we win, but she also makes sure that you’re working to get better the next time you play. That’s what a coach should do.”

XULA never trailed at any point in the final two sets after falling behind 23-18 in the second, then rallying for a tie at 24. But Dillard (6-10, 1-1) evened the match when Tristan Cojoe and Neal closed that set with kills.

“Dillard made it competitive,” Kendrick said, “and we did not expect anything less.”

“Coach told us teams are going to come in here and not give up,” Black said. “We have to play hard every minute, every set. We cannot play to the level of our opponents. We have to play the way we know how. We let that second set go, then we put it behind us and fought hard the rest of the way. We played as a team, and we cheered for one another.”

Kendrick’s reaction to reaching 500 victories? “I’ve had a lot of good players over the years,” she said. “That’s how it happened.”