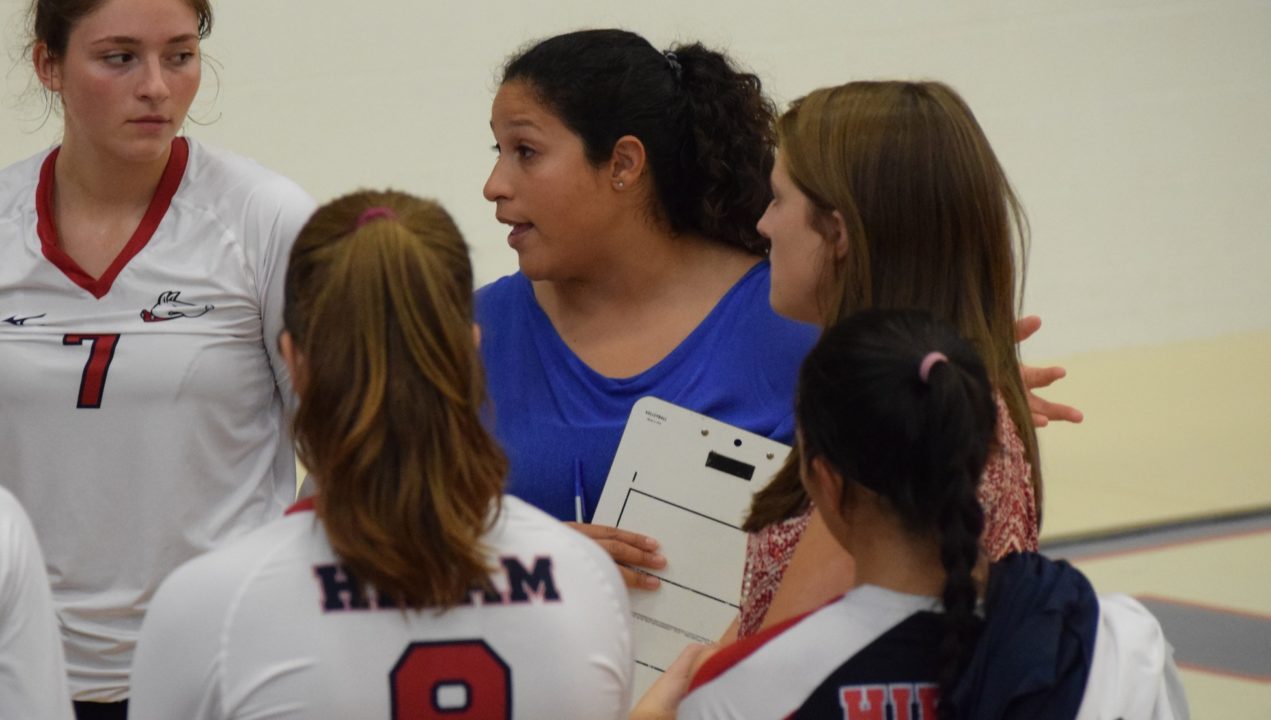 Scott comes to Youngstown having spent eight seasons as a coach in Ohio, including the last three as the head coach at Hiram College. She was previously an assistant coach at Akron for five seasons, and she was the head coach at Indiana University of Pennsylvania for two years in between.

“Aline brings a great wealth of experiences with her that will help her lead our program,” Strollo said. “She is a former Division I student-athlete, and her professional journey in volleyball has taken her to two Mid-American Conference programs as an assistant and two regional programs as a head coach. She has tremendous energy and established recruiting ties in Ohio, and we strongly believe she is the right fit for the future of our program.”

Scott is no stranger to the Youngstown area. Her husband, Greg, is a Struthers native, and their family has lived in Poland while she has been the head coach at Hiram.

“I am extremely excited and humbled to be named the next head volleyball coach at YSU,” Scott said. “I want to thank all of those who have helped me so much along the way as well as Ron Strollo, Elaine Jacobs, Emily Wollet and the rest of the search committee for the opportunity.”

“Living in the Youngstown area for the last few years, I am very familiar with the university. I have seen all the recent improvements to campus, and I know this program has incredible potential. My goal is to build a program that our campus and community will embrace and rally behind for years to come. I look forward to getting to work and to start this new phase of YSU volleyball.”

Scott led Hiram to 61 victories over her three seasons as head coach of the Terriers. At the campus located 35 miles from Youngstown, she coached a Division III All-American, two all-region student-athletes, a North Coast Athletic Conference Player of the Year and seven All-NCAC honorees. Scott’s success came with a horde of newcomers as she welcomed 18 student-athletes to the program in a two-year stretch, including 10 the previous year. Her 2017 squad that won 19 matches had eight freshmen, six of which are Ohio natives. In total, 12 of the 15 student-athletes on Hiram’s current roster are from the Buckeye State.

In her two seasons at IUP, she coached the school’s first All-Pennsylvania State Athletic Conference first-team honoree in seven years. She assembled two talented recruiting classes who went on to lead the Crimson Hawks to 25 wins and their first victory in the NCAA Tournament in 12 years in 2017. Off the court, she largely expanded the program’s donor database and led the program to a campus-high 3.73 GPA.

Scott was part of a significant growth period at Akron in her five seasons from 2008-12. The Zips went from finishing 12th in the MAC her first season to a fifth-place finish in her last season in 2012. With Scott as the recruiting coordinator, the Zips were 16-13 overall and 9-7 in the MAC in 2012, which represents their second-highest win total since 2003.

In her first collegiate coaching experience as a graduate assistant, she helped Central Michigan to a 22-10 mark in 2007 for its first 20-win season in 22 years.

Scott (DosSantos) is a native of Sao Paulo, Brazil, and played collegiately at Marist. She graduated with a bachelor’s degree in communications with a concentration in international communications in 2005. She posted 436 kills in 2002, which is the second-highest single-season total in Marist history. Scott went on to earn a master’s in sport administration from Central Michigan in 2008.