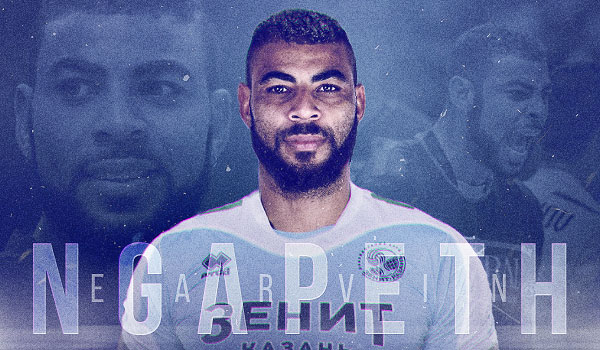 Kazan also announced the signing of one last outside hitter, which completes the team's roster for next season. Current Photo via Zenit Kazan

Russian side Zenit Kazan, the 4-time European Champions who lost one all-world offensive player this season Wilfredo Leon but added another, has confirmed a two-year contract for Earvin Ngapeth that should keep him with the side until at least the spring of 2020.

The 27-year old French outside hitter Ngapeth comes to the club from Modena in Italy, where he’s played since 2014. In that time, he led Modena to a pair of Italian Championships, 2 Italian Cup titles, and 2 Italian SuperCup titles. Internationally, he played and starred on France’s 2015 and 2017 World League title-winning teams and was named the MVP on both occasions. He was also named the best player in Italy’s Serie A1 in 2016, Europe’s most spectacular player in 2016, and the best outside hitter of at least 3 major international competitions.

His signing is one of 4 new additions for Kazan, which they say completes their off-season. The 4th and final of those moves was the promotion of 21-year old outside hitter Andrei Surmachevsky, who was promoted from Zenit’s minor league team. He played 12 matches for the team in the early stages of the Russia Cup in prior years.