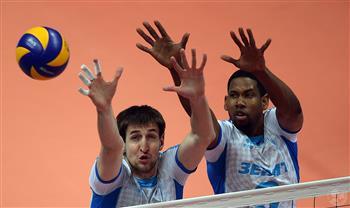 With a three-set sweep over Dinamo Moscow, Zenit Kazan becomes the most decorated team in Russian Superleague history with their... Current Photo via FIVB

With a three-set sweep over Dinamo Moscow, Zenit Kazan becomes the most decorated team in Russian Superleague history with their fourth consecutive and ninth overall title.

After being tied with Belogorie Belgorod with eight titles, Zenit’s title moves them into first place overall in the league in title wins since the competition began in 1992. The last time Dinamo won a title was in 2008.

To lead Zenit to the Superleague win was Wilfredo Leon with 18 points, while Matt Anderson posted 14 points, on the losing side Pavel Kruglov posted 11 points to lead Dinamo.

To take the bronze medal, Lokomotiv Novosibirsk swept Belogorie 3-0, (31-29, 25-22, 25-10) with the losing side shutting down in the third to be dominated 25-10. Lukash Davish and Sergei Savin led Lokomotiv with 19 and 17 points, respectively. Lokomotiv led Belogorie 12-5 in blocks and 61 percent to 41 percent in hitting percentage.