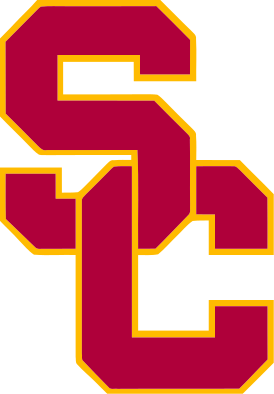 HONOLULU – The top-ranked USC beach volleyball team (11-0) captured the 2017 Outrigger Hawai’i Invitational title with a 5-0 record on a 4-1 win over No. 5-ranked tournament host Hawai’i (11-2) on Queen’s Beach sand on Saturday, March 18. The Women of Troy remain undefeated on the season and pushed their winning streak to 41 consecutive matches.

The Trojans’ top pair of seniors Kelly Claes and Sara Hughes put the first point on the board for USC with a 21-16, 24-22 win at court one. The duo fought off a tough challenge from the Wahine in the second set to pull out the extra-points victory and extended their winning streak to 84 consecutive matches.

Hawai’i won first sets on courts two and three, but the Trojans had other plans at the end of the lineup and got the points they needed for the dual victory. At four, sophomore Abril Bustamante and freshman Joy Dennis put together a 21-17, 21-16 win over Ari Homayun and Carly Kan for the 2-0 USC lead. One court over, juniors Jenna Belton and Jo Kremer delivered the knockout blow with a 22-20, 21-18 victory over Amy Ozee and Hannah Zalopany.

With the dual decided, courts two and three entered third sets after the Trojan pairs responded to get second-set wins. On two, seniors Sophie Bukovec and Allie Wheeler turned around on a 21-15 loss in the first set to take a resounding 21-11 win in the second. The tandem carried that momentum into the third and defeated Ka’iwi Schucht and Nikki Taylor, 15-10, to give USC a 4-0 lead.

On court three, following a tough 21-10 loss in the first set, junior Terese Cannon and senior Nicolette Martin went toe-to-toe with Emily Maglio and Laurel Weaver for a 23-21 win in the second set. The Wahine responded to jump out to a 4-1 lead in the third and never looked back as they raced off to a 15-7 win to put up UH’s only point in the dual.

Up next, the Women of Troy play their first home match of 2017 as hosts to Loyola Marymount (6-6) on Wednesday, March 22. The Trojans and the Lions will meet for a dual at noon PT on Merle Norman Stadium sand and then start a pairs’ tournament at approximately 2 p.m. PT.