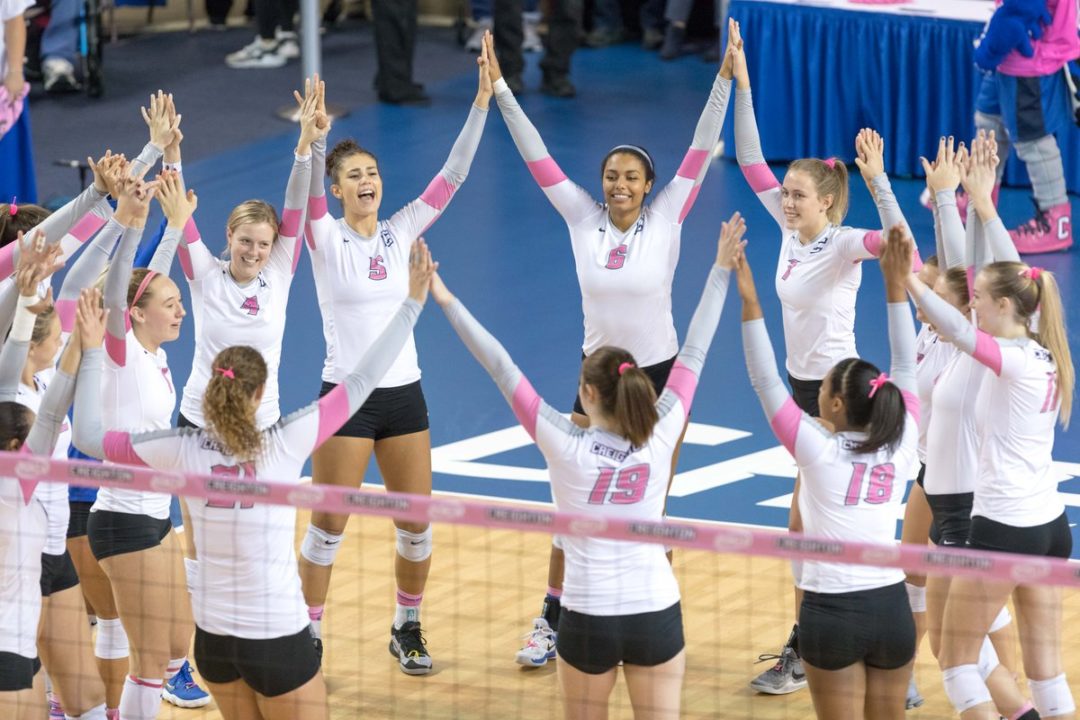 Creighton senior outside hitter Jaali Winters made her mark in the record books Sunday afternoon against St. John’s. In the second set, she surpassed Leah Ratzlaff‘s all-time kills record of 1,622. Winters finished with a match-high 16 kills as the Bluejays swept the Red Storm in Omaha to remain undefeated in Big East play. Elsewhere, Seton Hall survived a five-set thriller from Providence to claim its first win in conference play.

Seton Hall delivered an efficient fifth set to pick up its first Big East win Sunday afternoon in Providence. The Pirates hit .429 and committed just two errors in taking the fifth set, 15-10 over the Friars.

The first set went back and forth, but it was Providence that used a 5-2 spurt late in the set to capture the opener, 25-22.

Seton Hall responded by taking the next two sets, but the Friars did not make it easy. Providence controlled most of Set 2, as it led 19-13. Seton Hall responded with a 10-3 surge to grab a 23-22 lead. The Friars quickly tied it up, but the Pirates nabbed the final two points and the set, 25-23.

The Friars, in search of their second Big East win, fought back in the fourth, ending the set with a 5-1 run to force a fifth set.

But in the fifth, it was all Seton Hall. The Pirates gained control by using a 7-1 surge to take an 11-5 lead. Seton Hall then took the set and the match after a service error, giving the Pirates their first Big East win.