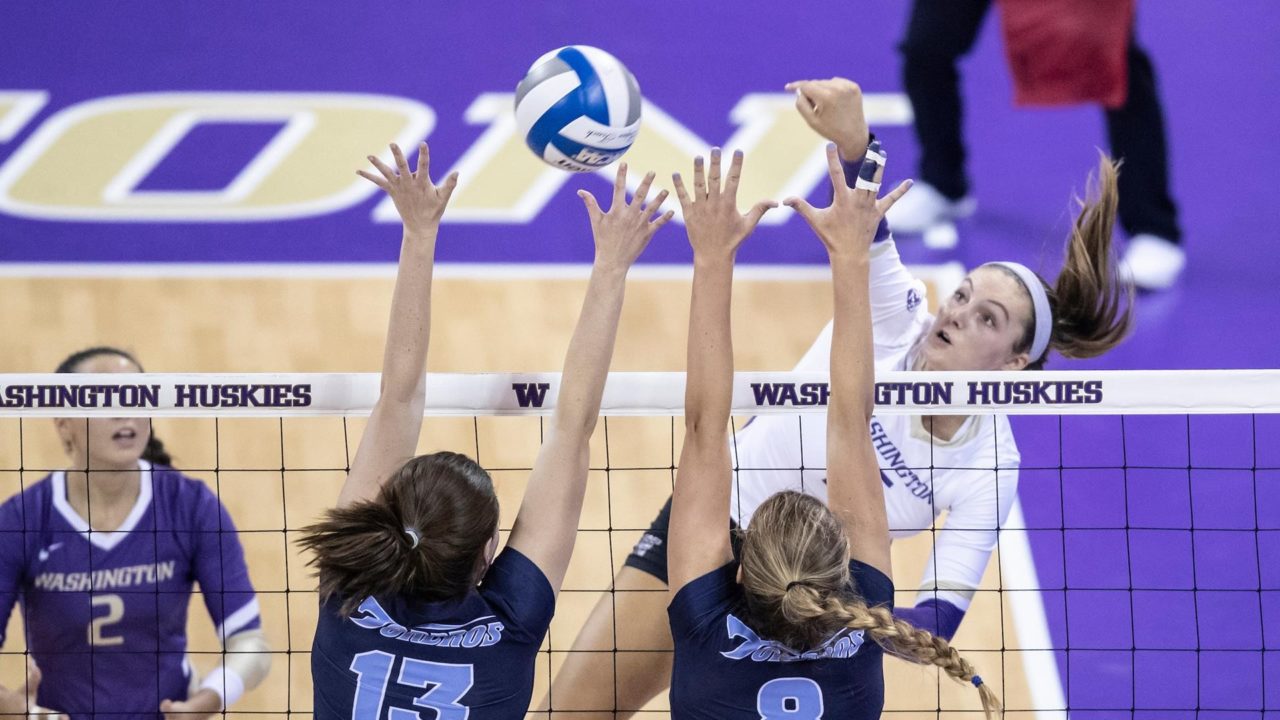 Kara Bajema led #14 Washington in kills for the second consecutive night against #21 San Diego. Current Photo via University of Washington

Washington came got out of the gate quicker than the previous night in their 3-0 sweep of the University of San Diego. They held the visiting team to a -.053 hitting percentage in the first set and never slowed down. While they both finished the match with 36 kills, Washington was much more productive from the service line (8 aces to 0) and much more efficient in attack (.264 to .111).

Kara Bajema led Washington with 13 kills and hit an impressive .393 with an ace and 2 block assists. Ella May Powell established an effective connection with her middle blockers. 11 of her 31 assists came through the middle with Avie Niece finishing with 6 kills and no attack errors on 10 attempts to his .600. Lauren Sanders, the other middle blocker chipped in 5 kills and hit .444.

Samantha Dreschel hit .000 on her way to putting away 5 kills from the outside, but she led the way with 3 service aces for the Huskies. Destiny Julye also contributed 5 kills while getting 2 points from the service line. Shayne McPherson led the match with 14 digs.

Lauren Fuller hit .345 for San Diego and put away 14 kills. She also contributed 7 digs. She led her team in both of those categories. Katie Lukes was the next-leading scorer with 6 kills and 6 block assists. Addie Picha led the team in defense at the net with 4 block assists and added  5 kills. Anna Newsome finished the match with 23 assists.

Washington will play two more matches at home next weekend as a part of the Pac-12/Big Ten Challenge. San Diego will return to California next weekend to host Baylor and UCLA in the University of San Diego Classic.