#17 Washington State Opens Road Slate with a Sweep of Utah 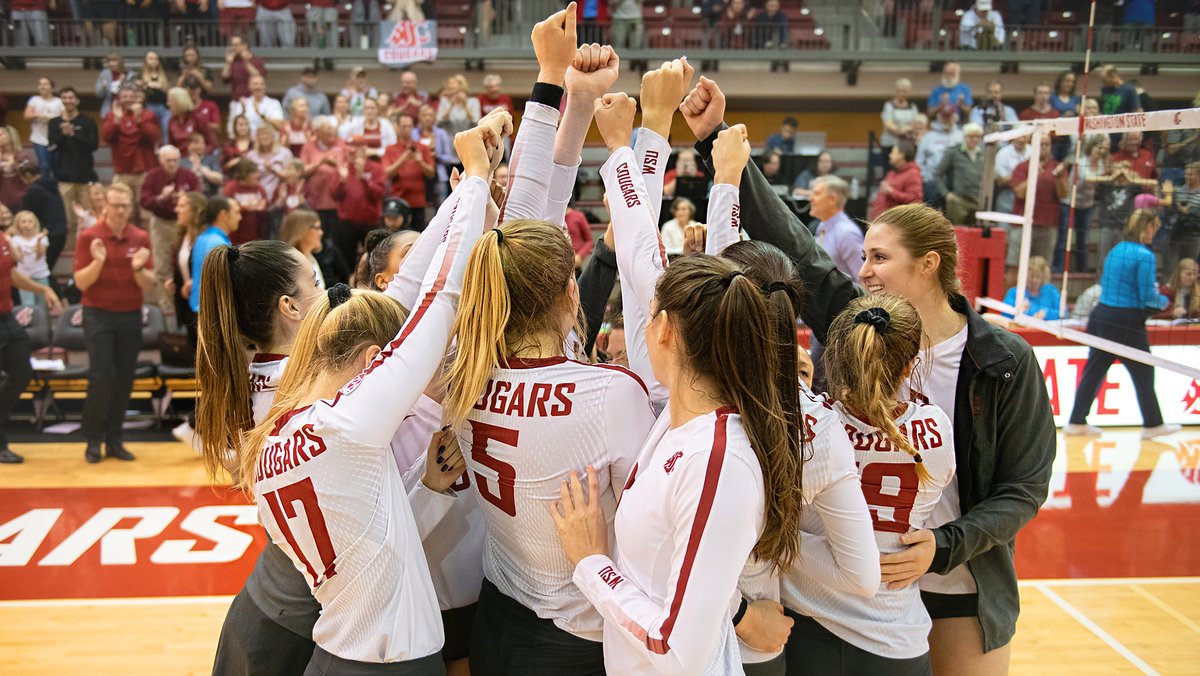 Washington State picked up its seventh win in Pac-12 play Wednesday night. The Cougars hit the road and picked up a sweep of Utah.

In the first, it was Utah that jumped out to an early lead. The Utes scored four of the first five points to build a 4-1 lead.

S1 | @penina_5_penny picks up her 3rd kill in set one as the Cougs continue to hold down the lead | WSU 21-18 #GoCougs #RiseAgain pic.twitter.com/6pGnrV2OPm

The second set went back and forth until the Cougars seized the momentum late. Washington State led 18-17, but then used a 7-1 spurt, including the final five points to close out the set, 25-18.

Now that's how you end a set.

Penny Tusa with the ace to give @WSUVolleyball a 2️⃣-0️⃣ lead.

Washington State came out of the gate strong in the third. The Cougars led 18-7 before Utah worked its way back into the set. The Utes trimmed the lead to three at 21-18 before the Cougars closed out the set and the match, 25-21.

S3 | Kill number 15 for @penina_5_penny, a career-high for the sophomore, as the Cougs extend the lead! | WSU 19-14 #GoCougs #RiseAgain pic.twitter.com/82aZcLUUQN