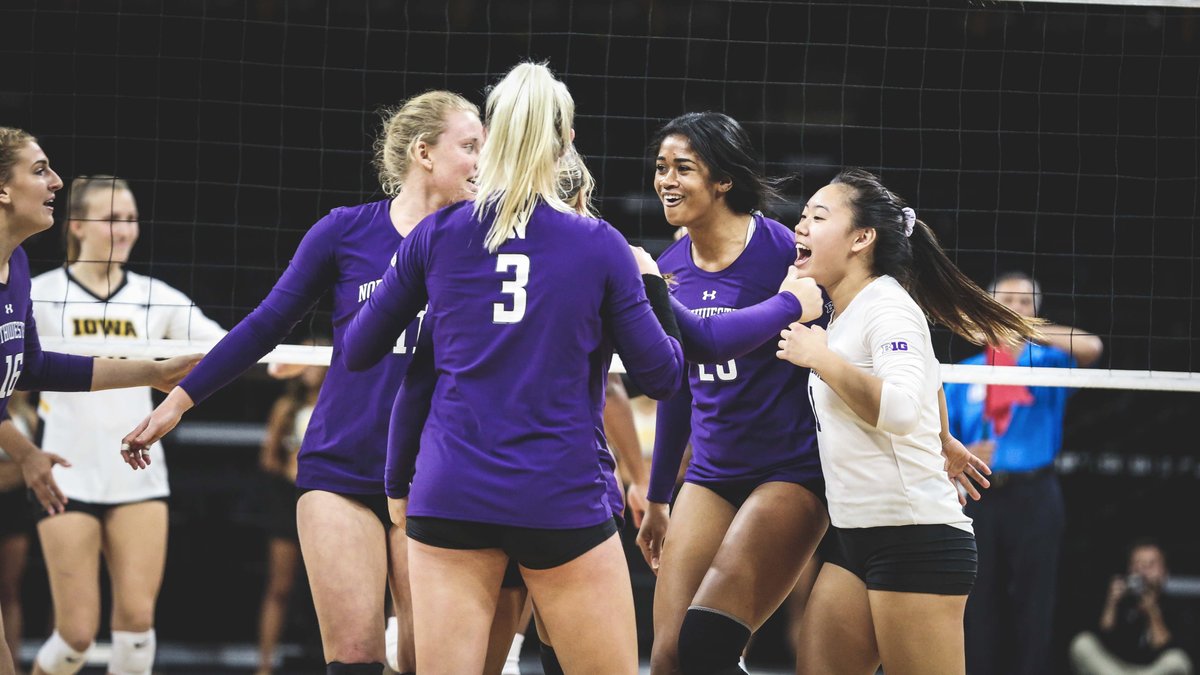 #5 Illinois made quick work of Maryland at home while #7 Nebraska dominated Ohio State on the road in Big Ten Play. In the match of the night, Northwestern outlasted (RV) Iowa in five sets on the road to collect its second conference win.  Current Photo via Northwestern Athletics

#7 Nebraska picked up a road win in Columbus against Ohio State Wednesday night. The Huskers hit .407 in the match and ran away with the third and fourth sets after the Buckeyes stole the second set. In Champaign, #5 Illinois took care of business against Maryland, but the match of the night saw Northwestern stun (RV) Iowa in five sets on the road to win just its second Big Ten match of the season.

Northwestern started out strong in the opening set. The Wildcats opened a 12-5 lead early and never looked back. Northwestern closed out the set on a 6-1 run to take the 25-15 win.

The Wildcats were in good position to take the second set as well, as they led 12-8 early on. But Iowa rallied and tied the set at 19 apiece. From there it was back and forth. Both teams saved multiple set points before Iowa finally took the set, 32-30.

Northwestern blitzed Iowa to start the third set as the Wildcats jumped in front 9-1. Iowa cut the lead to four at 22-18, but Northwestern won the final three points and the set, 25-18.

S3 | Abryanna Cannon extends the #B1GCats lead back to seven points with her sixth kill of the night!

With the score tied 6-6 in the fifth, Northwestern seized control of the match with a 5-0 run. Iowa managed just two more points before the Wildcats closed out the match, 15-8.

Nia Robinson matches her career high with 25 kills AND gives the #B1GCats a six-point advantage! pic.twitter.com/d2Ss72HCTG

You know it's time for a…

It was an Incredible night at Halloween at Huff Hall. 👻