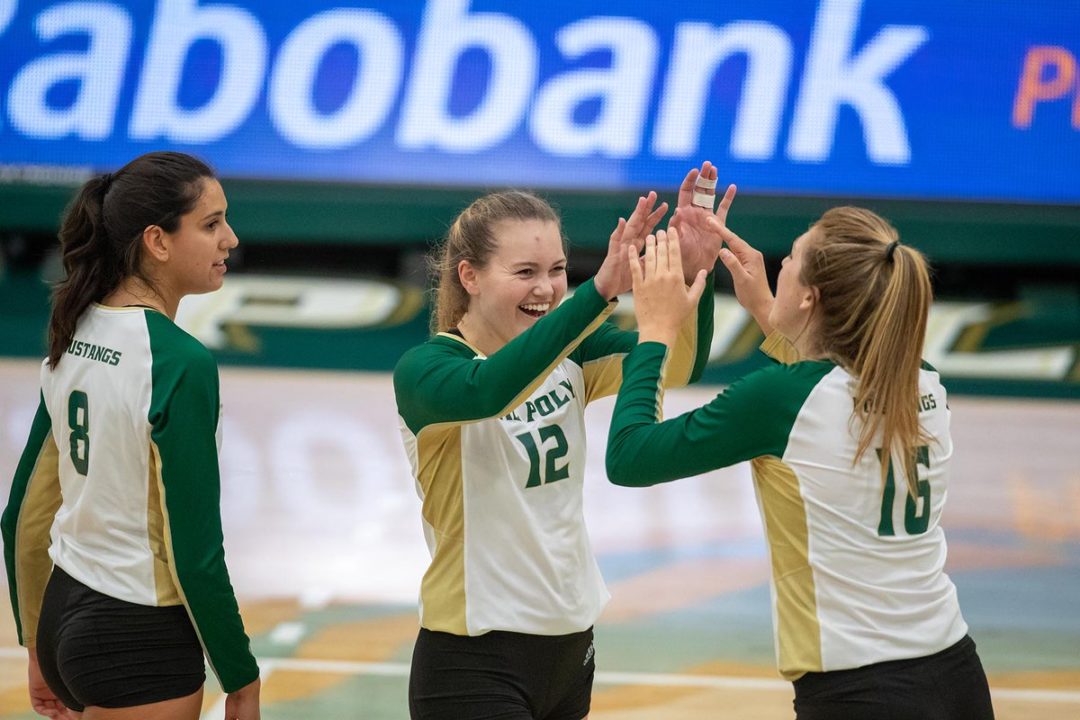 Big West play continued Friday night. For defending Big West Champion and 18th-ranked Cal Poly, it was business as usual. The Mustangs overwhelmed Cal State Fullerton, dominating every facet of the match in a clean sweep of the homestanding Titans.

Leaving the island for its first conference match, Hawaii completed a sweep of UC Davis, as the Aggies fell to 0-2 in Big West play, with both losses coming at home. Lastly, UC Santa Barbara needed four sets on the road in Riverside to earn its first conference win of the season.

The Gauchos picked up their first conference win of the season, knocking off the Highlanders in four sets.

The first set went back and forth before UC Riverside tied it at 21. However, the Gauchos would score the final four points, the last on an ace, to grab the opening set.

The Highlanders bounced back in the second to even the match. UC Riverside took the lead at 8-7 and never looked back, nabbing the set, 25-19.

UC Santa Barbara maintained its momentum from the third set, finishing off UC Riverside with a 7-2 spurt.