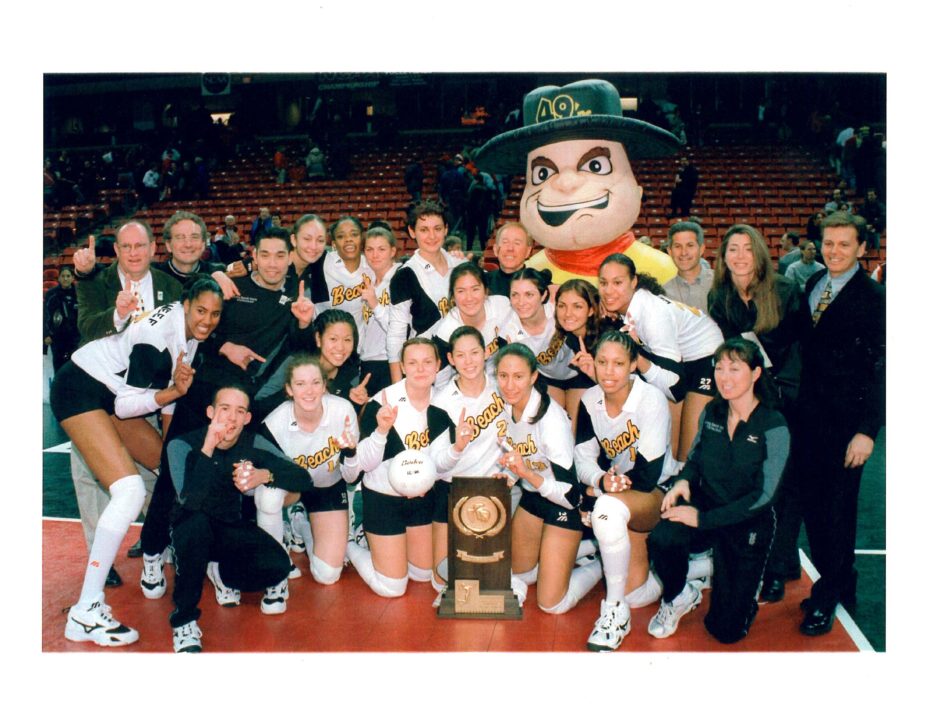 For the fourth ceremony in a row, a team will be honored, and one of the most iconic teams of all time at Long Beach State will be recognized in the 1998 Women’s Volleyball team. The first team to finish a Division I women’s volleyball season unbeaten, the ’98 team went 36-0 on the way to the national championship. Led by Misty May, Benishe Dillard and Anja Grabovac, the 49ers were a dominant force, at one point winning 22 consecutive matches without dropping a set.

Benishe Dillard was the top offensive weapon for that team, leading the team with 405 kills in 1998. Earning All-America honors in 1997 and 98, Dillard was also a three-time All-Big West selection in addition to sharing in the team’s accomplishments. 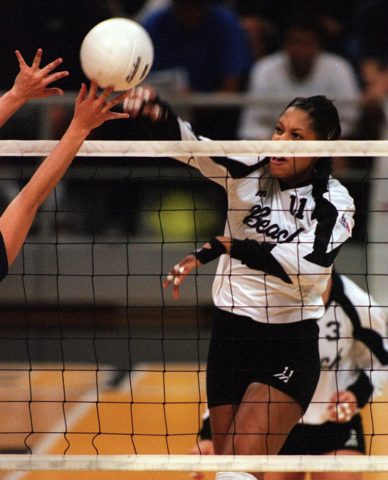 David Lee remains one of Long Beach State’s most successful alumni from Men’s Volleyball. A three-time Olympian and current captain of the US Men’s National Team, Lee was a First-Team All-American and All-MPSF selection in 2004 after leading the Beach to the national championship match. The middle blocker finished his career sixth in career blocks at Long Beach State. 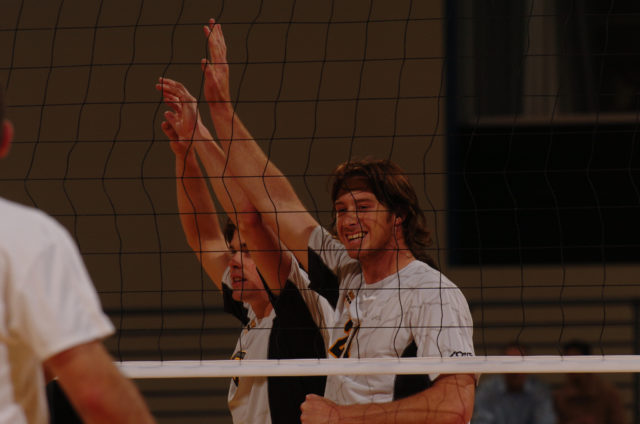 Women’s soccer also gets their first inductee with their first ever All-American, Nadia Link. Link was a two-time All-American in 2011 and 2012, and was a catalyst in Long Beach State’s deepest postseason run, reaching the Elite Eight in 2011. Her 16 goals in 2011 tied the single-season record, and her 32 goals over her career rank are tied for the second-most in school history.

Albert Shorts was part of Long Beach State’s strong track and field team in the 1970s, and ran a time of 45.91 in the 440 yard dash, a time that ranks third in its current equivalent, the 400 meter dash. Shorts as a first-team All-American in 1975 in that event.

Jason Vargas, Baseball
Jason Vargas of the New York Mets is the Dirtbags’ representative in the 2018 induction class. A veteran of Major League Baseball, Vargas won the 2015 World Series Championship with the Kansas City Royals, and led the American League with 18 wins and is one of seven former Dirtbags to be selected as an All-Star. With the Dirtbags, Vargas was a two-way player and a first-team All-Big West selection as a utility player, leading the squad with a .354 batting average in 2004. Vargas also pitched in the weekend rotation with Jered Weaver and Cesar Ramos, playing a big part in the team reaching the Super Regionals that season.

A two-time Big West Player of the Year and All-American, Casper Ware joins the list of men’s basketball greats to join the LBSU Athletics Hall of Fame. The point guard for the “Fab Four”, Ware led Long Beach State to the NCAA Tournament as a senior, winning the Big West Tournament MVP after scoring 38 points in the championship game over UC Santa Barbara. He finished his time at the Beach the program’s career leader with 545 assists, and is third in scoring with 1,841 points over a tremendous career. He went on to play for the Philadelphia 76ers and multiple European clubs following his graduation.

Carla Williams spent two seasons at the Beach as a junior college transfer and helped set the stage for a tremendous run for Long Beach State softball by leading the team to back-to-back NCAA Regional appearances. The conference player of the year in 1988, Williams finished the season with a .350 batting average and 75 hits, a total that is still tied for the second-most in one season at LBSU. Williams was also a two-time All-Region selection during her two years with the 49ers.

The Long Beach State Athletics Hall of Fame inducted its first class in 1986, and includes more than 175 members, recognizing a proud and successful heritage. For more information on tickets and the Hall of Fame Induction Dinner, please contact Gennifer Billish at (562) 985-8743 or via email at [email protected]