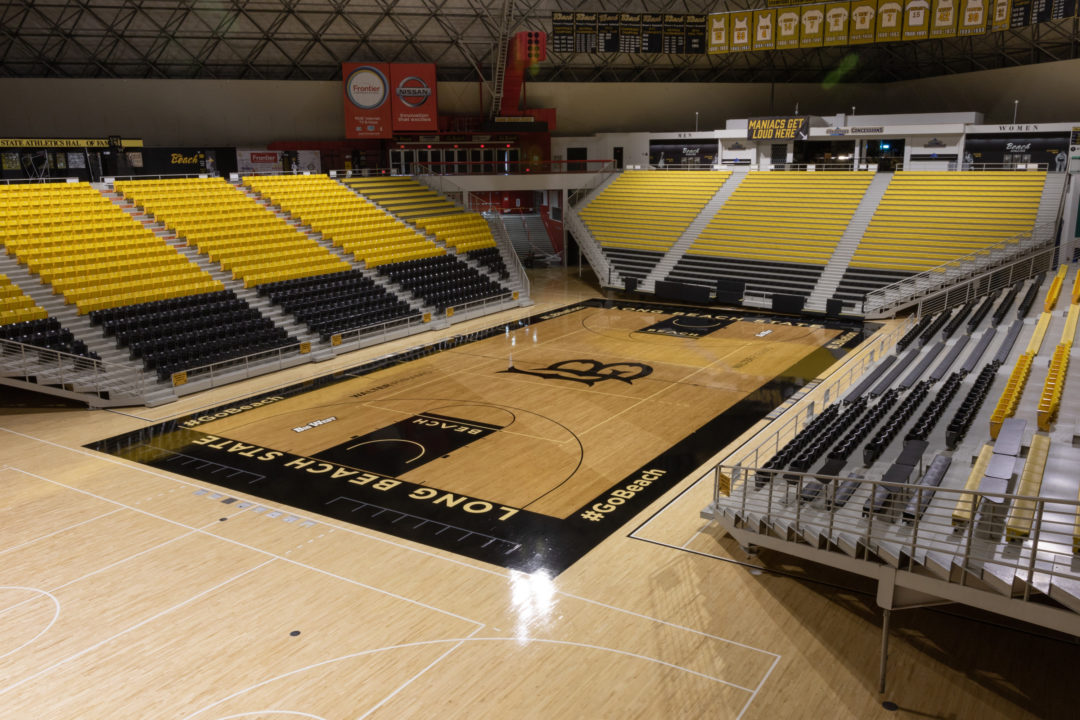 LONG BEACH, Calif. – The court at Walter Pyramid has undergone a complete redesign, and will give Long Beach State’s basketball and volleyball games a new look for the 2018-19 season. The floor now features a darker stain on the hardwood, with greater use of LBSU’s primary black color around the sidelines and in the keys. Also, for the first time ever, the iconic LB logo is displayed prominently at center court.

The new Beach logo has been added just below the free throw line on each end of the floor, and there is a subtle inclusion of the A across the center of the court. That creates the shape of a pyramid on the half court stripe, representing the unique design of Long Beach’s home venue. Furthermore, the social media rallying cries of the #GoBeach and #LBNation hashtags now adorn all corners of the court.

The first official competition to be held on the new court was the home opener for women’s volleyball on Tuesday, Aug. 28 against Seattle.

The new court was brought into action with a four-set win (25-17, 25-18, 19-25, 25-18), including an eye-popping hitting effort by junior YiZhi Xue. The junior middle blocker dropped 15 kills in 18 swings with just one error for a stellar .778 hitting percentage to go with seven blocks in the match.