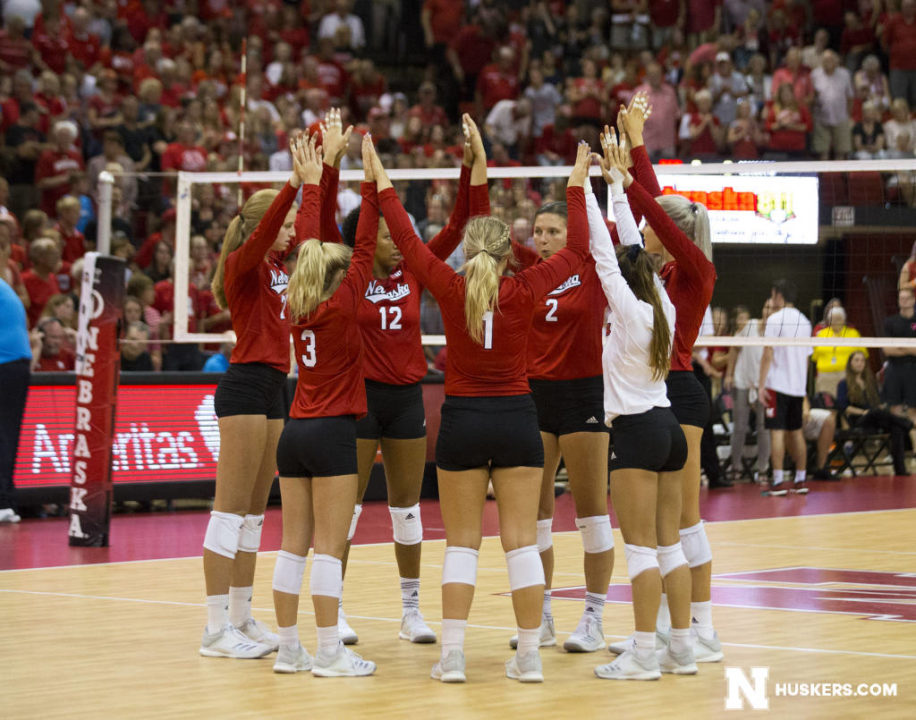 Part 2 of who’s who heading into the 2018 season, led by #1 on the court and #1 in the rankings Nicklin Hames, who will take over as setter for the defending NCAA CHampions. Current Photo via Huskers.com

The 2018 NCAA women’s volleyball season is right around the corner, and there will be lots of new faces adorning the courts. This week, VolleyMob’s Jil Price will take a look at the top 5 newcomers nationally at each position in a primer on the future of NCAA volleyball.

Nicklin Hames, an elite athlete ready to shine, was thrust into the spotlight for defending national champion Nebraska following the transfer of Hunter Atherton (https://volleymob.com/former-nebraska-setter-hunter-atherton-picks-unc-as-transfer-destination/) and head coach John Cook expects her to rise to the occasion as the program’s first freshman starting setter in 2018. Hames guided Webb High School to five Tennessee Division II-A state championships, playing varsity as an eighth grader, and is a four-time MVP of the state tournament. Over the summer, she set for the U.S. Youth National Team at the U18 Junior World Championships in Argentina. In Nebraska’s sold out Red and White Scrimmage, Hames distributed 26 assists, registered 11 digs, recorded three kills and served up a trio of aces. Her willingness to work and competitive drive are characteristics she gets honestly from her parents, Jason and Chris, who are both volleyball coaches.

Upland, Calif., native Kylie Robinson is the highest-ranked recruit in Oregon volleyball history and is expected to work her way into the starting role in her debut season. In the Green-Yellow scrimmage on August 11, Robinson dished out a team-high 41 assists. Transitioning from outside hitter to setter in high school, she used her rare athleticism and impeccable volleyball IQ to become elite at her new position. Robinson, who is 5-10, led San Gabriel Elite to a third place national result and collected all-tournament team accolades. Head coach Matt Ulmer says fans will be amazed at how easy she makes running an offense look.

Auburn head coach Rick Nold gained a huge asset in Mica Allison. She is expected to take the reins for the Tigers’ offense and did so with confidence in Auburn’s, 3-1, exhibition win over Georgia Tech last weekend. Allison distributed 42 assists, registered five blocks and tallied five digs in the preseason test match. The White Heath, Ill., native is a four-time first team all-conference honoree who led Saint Thomas Moore High School to its first Illinois state championship as a senior. Allison was also selected to the USA Volleyball Women’s Junior National Team and guided Illini Elite VBC to an AAU 17 Open National Championship, collecting MVP honors. This natural born leader and fierce competitor is poised to make waves this year.

Ella May Powell, a native of Fayetteville, Ark., joins Washington with an elite resume, which includes two Arkansas Gatorade Player of the Year awards. She led Fayetteville High School to three-straight Arkansas 7A state championships and earned first team All-American recognition as a senior. With the exit of two talented setters, head coach Keegan Cook was looking for someone who could jump in and take over right away. He believes Powell is the perfect setter for the job.

Marlie Monserez joins her older sister, Allie, as a Florida Gator this season. Both decorated setters, the battle to run the offense is something that is sure to give head coach Mary Wise fits when she writes her starting lineup, though equally as certain is that there was a plan in place when the younger Monserez signed to join her sister. Monserez is a decorated prep athlete, who earned four first team All-America nods and guided Bishop Moore Catholic High School to two state championships. Last season, she was selected Florida Miss Volleyball and Florida’s Gatorade Player of the Year.