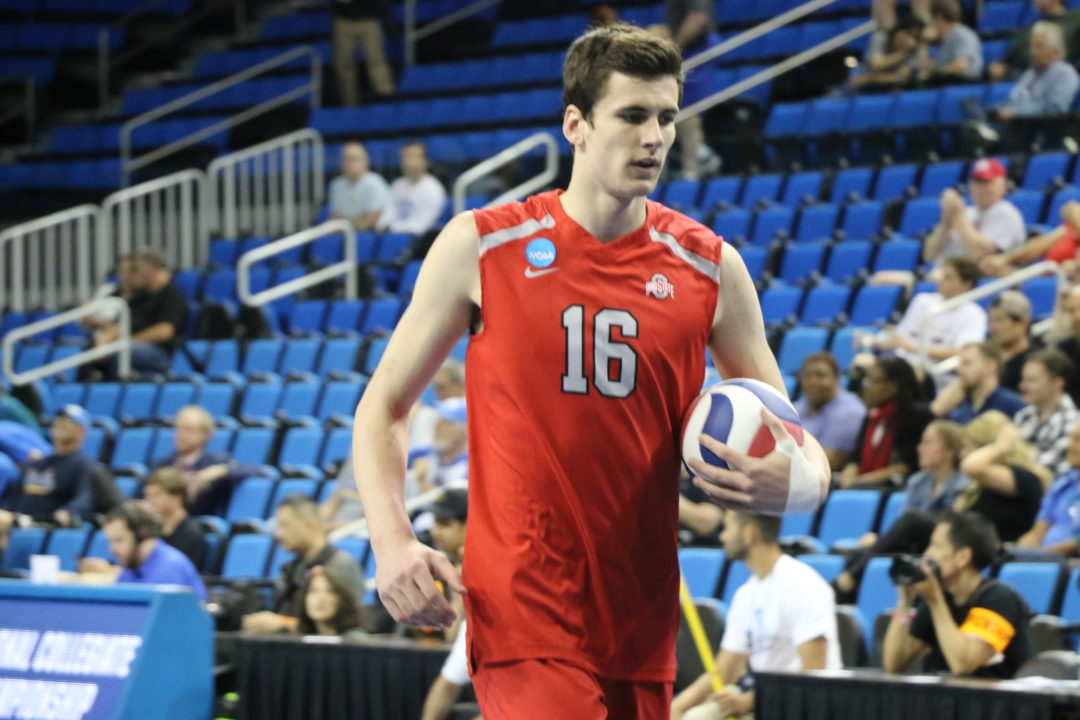 Jake Hanes of Ohio State starts off the list of the 2018 VolleyMob Men's All-Freshman Team. Current Photo via Tim Binning/TheSwimPictures.com

This week, we will present our end-of-season VolleyMob awards, starting with our All-Freshman Team today, our Third-Team tomorrow, Second-Team on Thursday and First-Team on Friday. For each level of All-America recognition, we’ve selected six players plus a libero, similar to a starting lineup. The week will culminate on Saturday with us naming our National Player of the Year and Coach of the Year.

JAYLEN JASPER, FRESHMAN OPPOSITE AT STANFORD