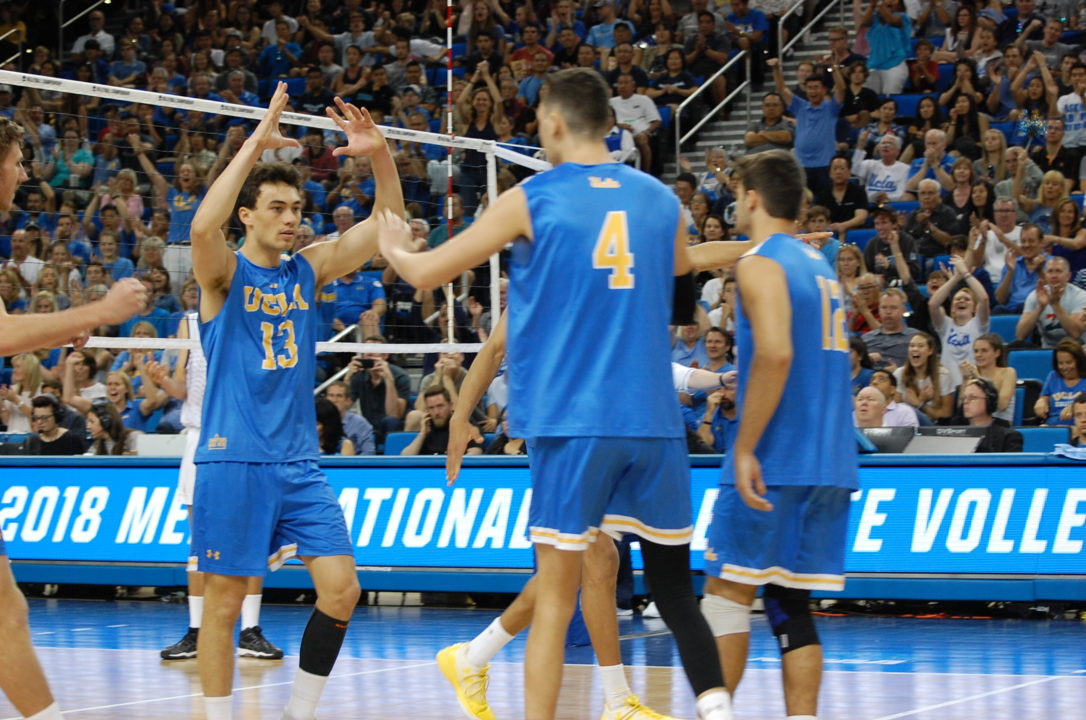 The NCAA runnerup UCLA men's volleyball team kicks off its 2018-19 season at the USC Tournament on Nov. 3 followed by a visit to Stanford the following day.  Current Photo via Anne Lepesant

The 2019 seasons will be Ohio State’s last in historic St. John Arena before moving to the new Covelli Center.

WESTWOOD, Calif. – The NCAA runnerup UCLA men’s volleyball team kicks off its 2018-19 season at the USC Tournament on Nov. 3 followed by a visit to Stanford the following day.

The Bruins are set to face fellow 2018 NCAA Tournament teams in MPSF foe BYU (Feb. 9 and March 14) and Ohio State (March 8). The match with the Buckeyes is part of the Pac-12/Big Ten Challenge, which will also see UCLA meet Penn State in the Galen Center.

The schedule will see the team play 20 matches in the state of California, including nine in the friendly confines of either Pauley Pavilion or the John Wooden Center.  The Bruins also will  travel to the Midwest for contests against Lindenwood (Jan. 12), Loyola Chicago (Jan. 31) and Lewis (Feb. 2).

Seven of the team’s matches, including five home affairs, will be televised on the Pac-12 Network. The first broadcast will pit the Bruins against EIVA runnerup Princeton on Jan. 2. A match against UC Santa Barbara out of the Big West follows on Jan. 16. Five MPSF contests, two each vs. USC and Stanford and one vs. BYU round out the television slate.

UCLA returns 11 players from the 2018 team, which went 26-8 including a five-set loss to Long Beach State in the national championship match. The group includes VolleyMob All-Americans in middle blocker Daenan Gyimah and setter Micah Ma’a, both first teamers.

Six freshman and three transfers also join the fold. Hitter Austin Matuatia and opposite Brandon Rattray transferred in from Hawaii, while UC Irvine middle blocker Matt Younggren also made the jump to the Bruin sideline.