#21 Purdue is 5-0 After Facing Oakland and Notre Dame 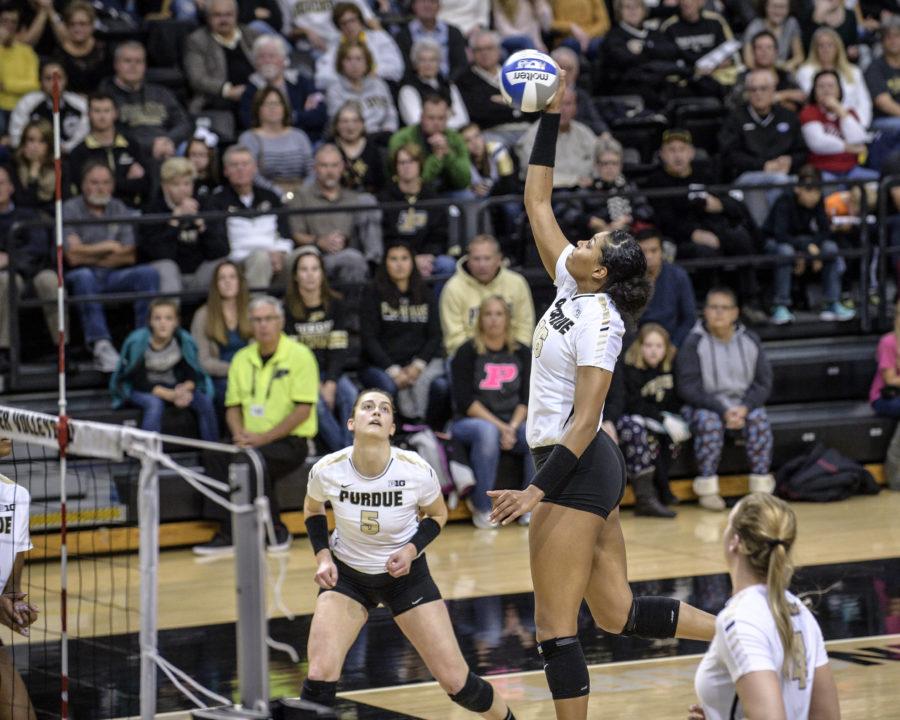 Sherridan Atkinson put down 34 kills in two matches to lead Purdue to a 5-0 start to the 2018 season. Archive Photo via Purdue Athletics

The Purdue Boilermakes pulled off the win in four sets over the Oakland Grizzlies in Holloway on Saturday night. After a tight first set, Purdue would dominate in set two, then lose by the same score in set three. The Boilermakers would then close out the match in set four with yet another 25-14 victory.

Sherridan Atkinson led Purdue to the win with 17 kills on 36 swings with six errors for a .306 hitting clip, while Blake Mohler added in another 12 kills on 23 swings with one error for a .478 hitting percentage. Grace Cleveland had a strong offensive performance with 12 kills and two errors for a .400 clip.

For the Grizzlies, Jordan Lentz hit .500 on the night and Aleksandra Malek put away 10 kills.

The Purdue Boilermakers defeated the Notre Dame Fighting Irish in four sets on Sunday night to close out the weekend at home 2-0 and undefeated on the season.

The Boilermakers only outplayed the Fighting Irish in assists (50-46) and aces (8-4).

Sheridan Atkinson was the star of the match for Purdue as she put down 17 kills for the second consecutive night on 52 swings for a .192 clip. Blake Mohler posted 11 kills on a .526 hitting percentage and four blocks while Hayley Bush dished out 46 assists and nine digs. In the backcourt, Brooke Peters picked up a match-high 30 digs.

For Notre Dame, Jemma Yeadon put down 13 kills on a .022 hitting clip and 22 digs for a double-double while Rebecca Nunge added 12 kills and two digs. Zoe Nunez dished out 41 assists, and in the back row, Ryann Dejarld picked up 21 digs.