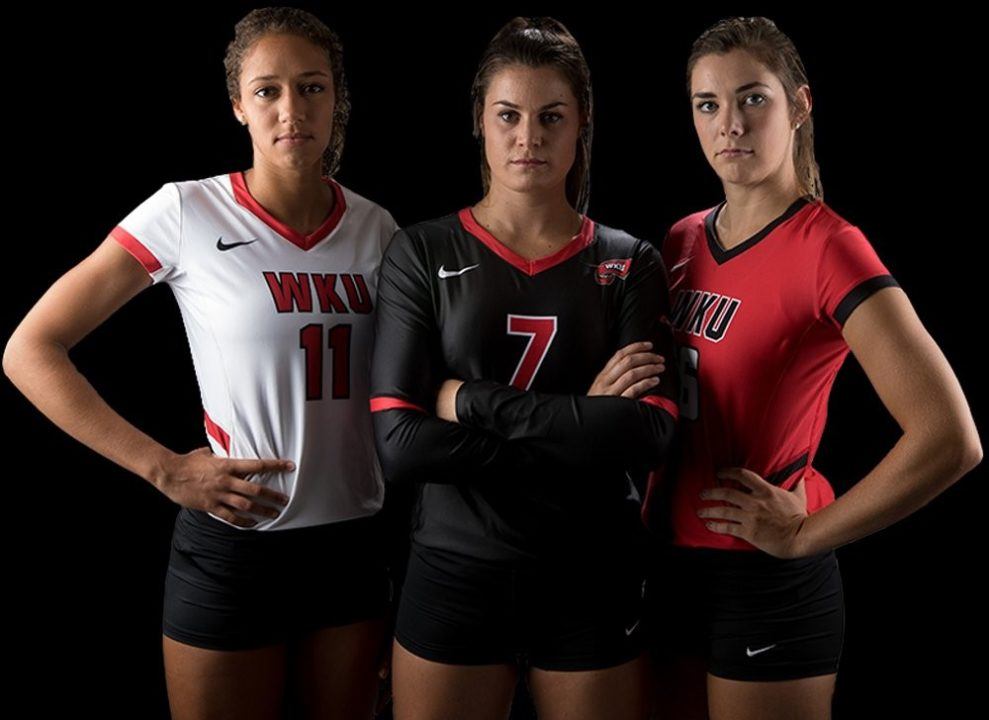 Following a weekend sweep of the Miami (OH) Best Western Sycamore Inn Invitational field, WKU Volleyball, now ranked No. 24 in the country, will welcome Tennessee State to Bowling Green for the Lady Toppers’ 2017 home opener on Tuesday. Action from E.A. Diddle Arena is set for 6 p.m. CT and will be streamed on CUSA.tv.

TSU is coming off of a 17-16 2016 campaign and is 1-2 on the young 2017 season. The Lady Toppers own a 20-1 advantage in the all-time series and have been victorious in the past eight meetings. In the most recent gathering between the sides, WKU booked a 3-0 victory during the 2011 campaign.

WKU enters the mid-week matchup with a .305 collective hitting percentage and five front-row attackers hitting .300 or better. The Lady Toppers are averaging 15.20 kills per set on the young season while allowing just 11.60. Defensively, six Lady Toppers have registered 13 or more digs already, led by Sydney Engle and Emma Kowalkowski who both sit at 33.

Kowalkowski has already accounted for six service aces on the year, more than half of WKU’s total (11). The sophomore’s second ace against Northern Arizona marked the 50th of her short career.

Tennessee State returns two starters plus its libero from last season’s squad. The Tigers also return seven of 12 letterwinners from a year ago as Donika Sutton takes the reigns of the program.

Additionally, WKU Volleyball rejoined the AVCA Top-25 ranks, jumping three spots into the No. 24 position in the Week 1 poll. Head coach Travis Hudson has now seen his past seven teams earn top 25 recognition from the AVCA. Last season, WKU peaked at No. 19 in the poll while the best ranking the program has ever earned came in 2013 when the squad was voted 16th in the Week 1 poll.

Volleyball season tickets are available online at WKUSports.com or by calling the WKU ticket office at 1-800-5-BIGRED. Season ticket holders will receive 12 general admission tickets with the Flexible Ticket Package that can be used to attend the home games of his or her choice. This plan allows the flexibility to choose which volleyball games the buyer wants to attend and the number of tickets used for each game. Season ticket holders also gain exclusive access to pre-game chalk talks with Hudson, who enters his 23rd season at the helm of WKU volleyball.