3 of 4 U.S. Teams Eliminated in Round of 12 at World Tour Finals 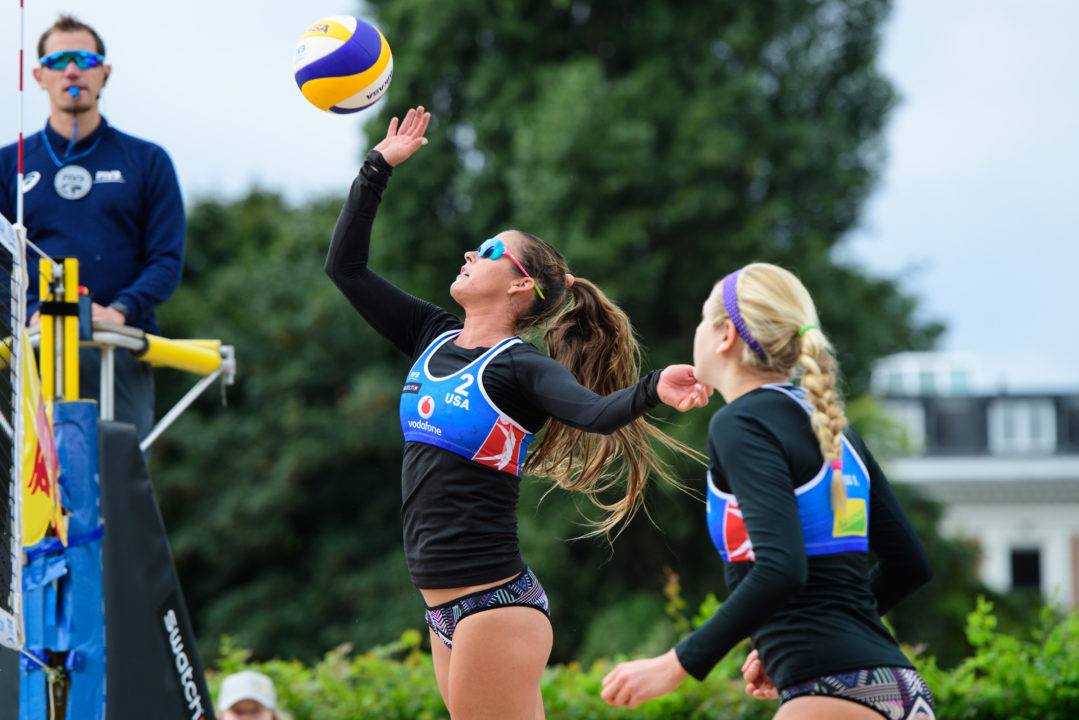 American pair Summer/Sweat were one of three U.S. teams eliminated from the World Tour Finals on Friday in Hamburg. Archive Photo via FIVB

3 of the 4 American teams entered in the 2017 FIVB World Tour Finals in Hamburg, Germany were eliminated in the round of 12 on Friday. Lauren Fendrick and April Ross lost to Germans Anouk Verge-Depre and Joana Heidrich 2-0; Brooke Sweat and Summer Ross lost to Czech pair Hermannova/Slukova 2-1; and in the men’s draw, Casey Patterson and Theo Brunner lost to German pair Borckermann/Schumann 2-0. That leaves just one American pair still in the tournament – Phil Dalhausser and Nick Lucena – who won their pool to get an automatic spot in the quarterfinals.

They’ll play Canadians Chaim Schalk and Ben Saxton on Saturday in just their 3rd match of the week.

Below, hear from the disappointed Americans discuss their losses. All three pairs are audibly dejected at their results.