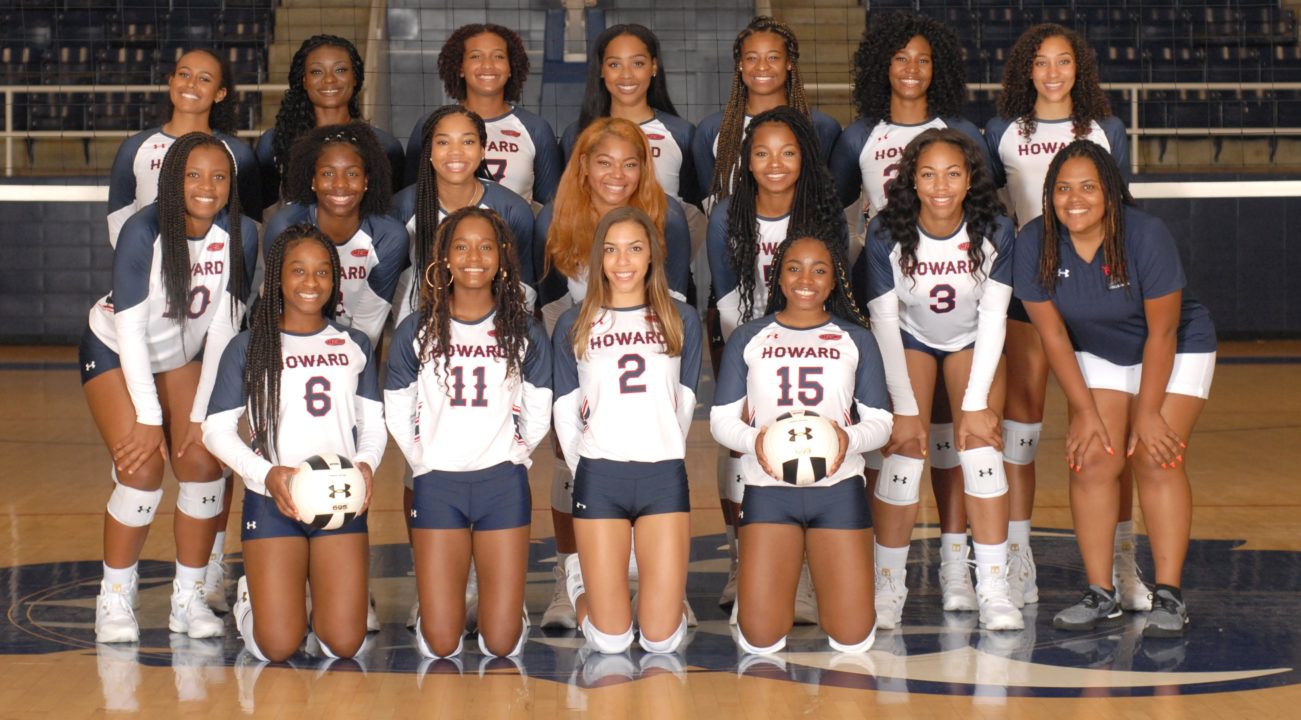 Howard University in Washington, D.C. is a non-sectarian, private, Historically Black University (HBCU) with an undergraduate enrollment of just under 6,000 students with an endowment of around $600 million.

For the average VolleyMob reader, that one sentence is probably the most you’ve ever learned about Howard University, but this year, they will have the distinction of being the only school in the country that will welcome in two of the most storied volleyball programs in the history of the NCAA, Penn State and Stanford, with combined undergrad enrollment of around 50,000, and access to endowments of more than $25 billion.

They’re also the two teams with the most-ever NCAA Women’s Division I National Championships, each owning 7.

“Stanford, Penn (State), and Wichita (State) are some of the blue blood programs in our sport. For them to come to play at Howard is a great moment for our program,” said Howard head volleyball coach Shaun Kupferberg. “It shows that we are doing something right and building a program that even the top teams in the nation see value in playing.”

Howard will open their 2018 home season against Wichita State, another national power that is ranked 29th in the AVCA pre-season coaches’ poll, before welcoming in AVCA #1 Stanford to the Burr Gymnasium. 3 weeks later, they’ll play host to AVCA #6 Penn State for what is being called a “White Out” game, encouraging their students and fans to wear all-white to the game – a popular trend in collegiate athletics.

The only other school scheduled to play both teams in the regular season is American University, which both Stanford and Penn State will catch as part of their D.C. tours.

“Playing elite teams won’t be new to us, but having them on our home court will be. The environment should be great and we are excited to show the Howard community what the highest levels of our sport looks like,” said Kupferberg.

Howard’s Burr Gymnasium opened in 1963 and has a seating capacity of  2,700, all in seat-back chairs. Last season, for home game, Stanford averaged 2,301 fans, ranked 18th in the country, while Penn State drew 3,540, good for 6th nationally.

That should help boost Howard’s home attendance, which according to official NCAA rankings was 85-per-match last season, good for dead-last in Division I women’s volleyball.

The team played host to a number of Power 5s last year with good name recognition, if not volleyball programs of the same stature as Penn State and Stanford. When the team hosted Washington State last year, they drew 236 fans. A match against University of Virginia, located closer geographically, pulled in 311 fans.

The school is using a number of promotions to draw in fans for their home games. Besides inviting in big-name opponents, their opening match of the season against George Washington will include a “Food Truck Festival.” There will also be special matches designated for Youth volleyball players, on-campus organizations, a Dig for Pink breast cancer match, and a Military Appreciation Night.

The Howard University Bison, in spite of low attendances, are a solid Division I program. They’ve won the last 3 MEAC conference titles, and advanced to the NCAA tournament each year. Last season, that included even stealing a set from Penn State in the opening round of the NCAA tournament. Penn State, in fact, was Howard’s opening-round opponent in 2015 as well.

The school will host this year’s MEAC Championship Tournament from November 16th-18th. 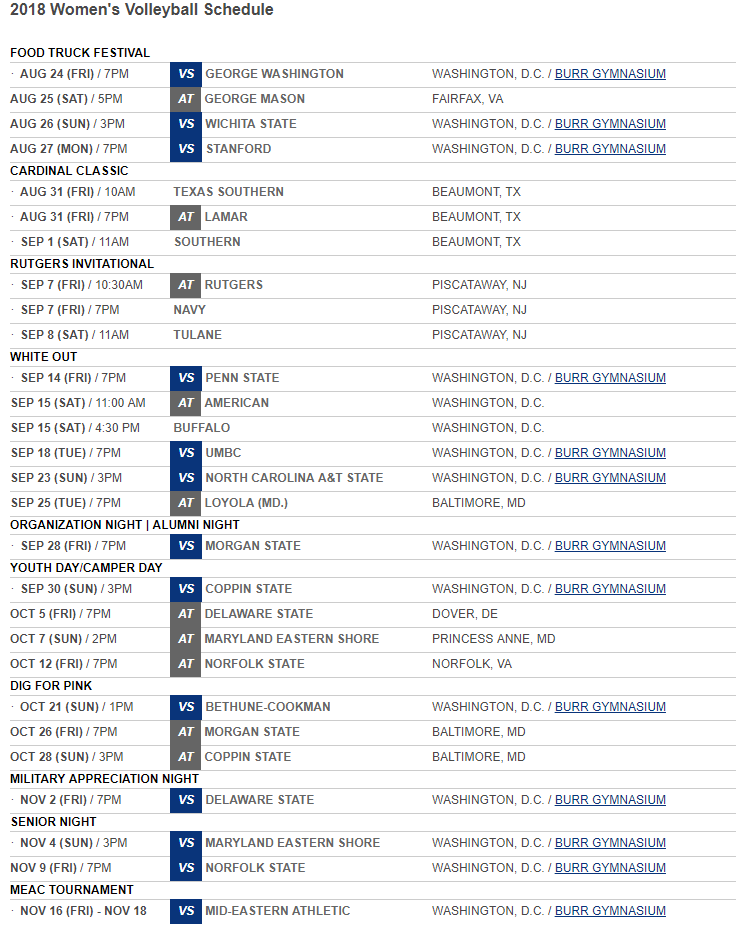