Posojilnica AICH/DOB Makes a Step Towards Second Round 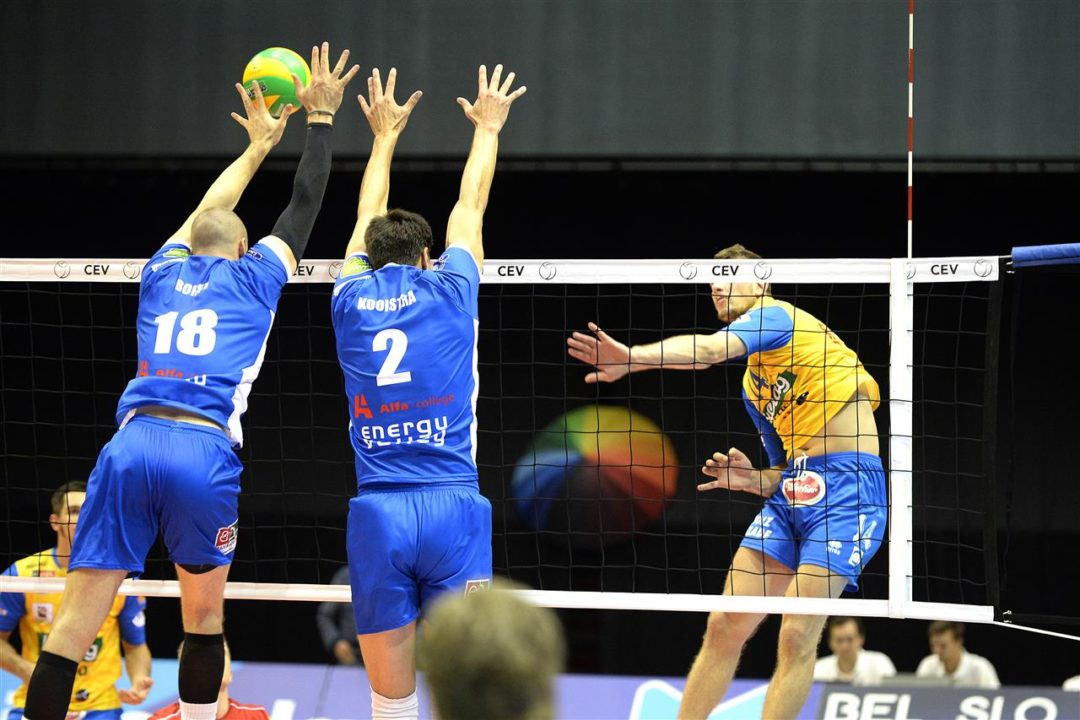 Posojilnica of Austria capped off the first leg of Champions League actions with a 3-1 victory over Lycurgus of Groningen.  Current Photo via CEV

The Austrian champions, Posojilnica, showed that they are not just worthy of being in the tournament on a regular basis but quite possibly could be qualified to advance to the group stage. They opened up the 2018-2019 edition of the Champions League with a 3-1 win over traditional Dutch powers. While Posojilnica were out-blocked by Lycurgus (11 to 6), the terms were similar in terms of passing and attacking. The Austrian squad held a vast advantage in the service department. They finished with 13 aces as opposed to Lycurgus’s 2.

Most of the service aces came from Maximilian Landfahrer. The outside hitter finished with 4 to go along with his 14 kills and 2 blocks. Matej Mihajlovic and Matj Kok both registered 3 aces each. Kok scored 19 total points with 16 kills. Landfahrer added 14 kills to finish with 17 points. Nicolai Grabmuller registered 9 points in the middle on 5 kills, 3 blocks, and 1 ace.

Lycurgus was led by Wytz Kooistra. The opposite led with match with 17 kills and added a block to score 18 class. Firts Van Gestel scored 15 points on 11 kills, 3 blocks and an ace. Dennis Borst scored 10 points in the middle from 6 kills, 3 blocks and 1 ace. His 6 kills came on 10 attempts without an attack error, leaving his hitting percentage at .600 (60%).

Psojilnica needs a win or a loss in 5 sets to move on to the Second Round. If Lycurgus gets a win in 3 or 4 sets, it will force a Golden Set to see who advances. The teams will play again on October 17th in Austria.