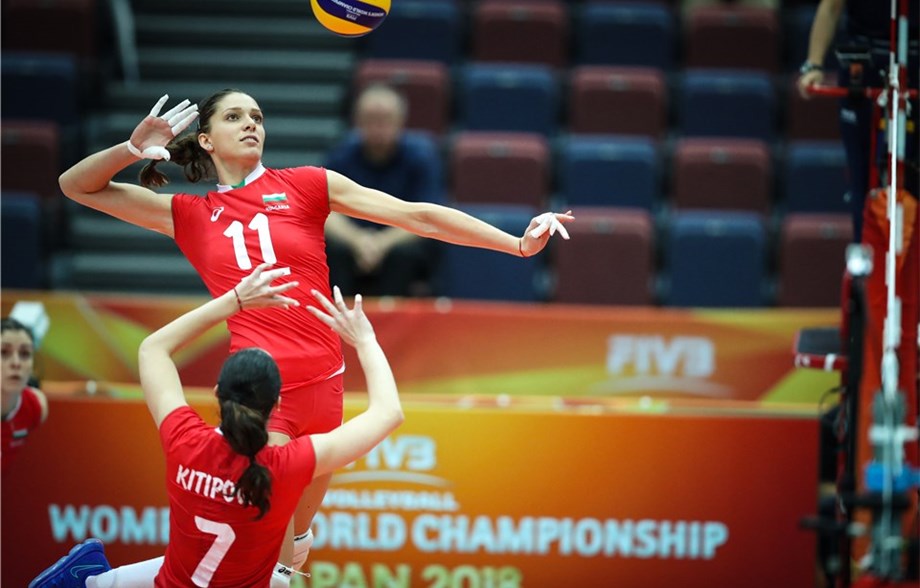 Bulgaria’s women’s national volleyball team has not had the same success as its male counterpart historically. The 17th ranked team in the world has not qualified for an Olympic berth since 1980, when the squad won a bronze medal. Things haven’t been much better in the WCH as well, with the team qualifying for only 4 out the 8 last editions of the tournament. In the 2018 edition of the competition, it qualified for the tournament’s 2nd round, before being eliminated with a 4-5 record, and going home in the 12th position.

Although not a stellar performance by any means, Bulgaria’s play at the tournament was respectable, given the circumstances. The team, which was one of the youngest of the competition, its players averaging 24 years of age, was without its biggest star, Elitsa Vasileva, who went down with a shoulder injury earlier in the year. Two 22-year-old youngsters, Gergana Dimitrova and Miroslava Paskova, picked up the slack in her absence. That is a hefty task for players who up until last year were playing youth tournaments.

After the team’s elimination, captain Hristina Ruseva had an emotional message to her team and fans:

“There were great dramas and good moments at this world championship. I am glad we performed well. We really expected much more, but it is good to look ahead positively, but the most important thing is that we finished, as I had hoped, with two victories – today, against Azerbaijan, and yesterday with a great fight against Thailand. I think we climbed a step in terms of the playing in hard times. Again I say that Italy, the United States and Serbia are a great class above us. We need a lot of work to get to their organizational level.

There are many people who are attacking me because I speak positively about our team. If the girls think like me, positively, the team will go up. There is no way forward with negative thinking and comments. I’m afraid of such people who comment that our team is weak and third-class, and so on. I think that’s what pulls us down. When people believe, as I saw this year, that we had support for the first time – positive comments and messages that I have never received before, then the team goes up in production and I am very happy.

The girls, however, read what is written in various sites that our team is not at a high level. That affects them, especially the younger ones, and we become labile. And in my opinion, our team has grown a lot. Like me and all the girls, we have given much to be a team and no one has the right to offend us. This year we really were very tough. We faced rivals of different levels, and only because of our lack of experience we lost, as well as those of a very high level, but we did not give up. This is a very big growth for me. So far, I have never seen such a fight in the game within us. I think we have really built up a lot and we need not hatred but support, all the time. When the audience supports us and we see happiness in their eyes, then they give us wings and we do everything to win.“

Bye Japan it was a pleasure 🙏🏻❤️! #bulgaria #worldchampionship