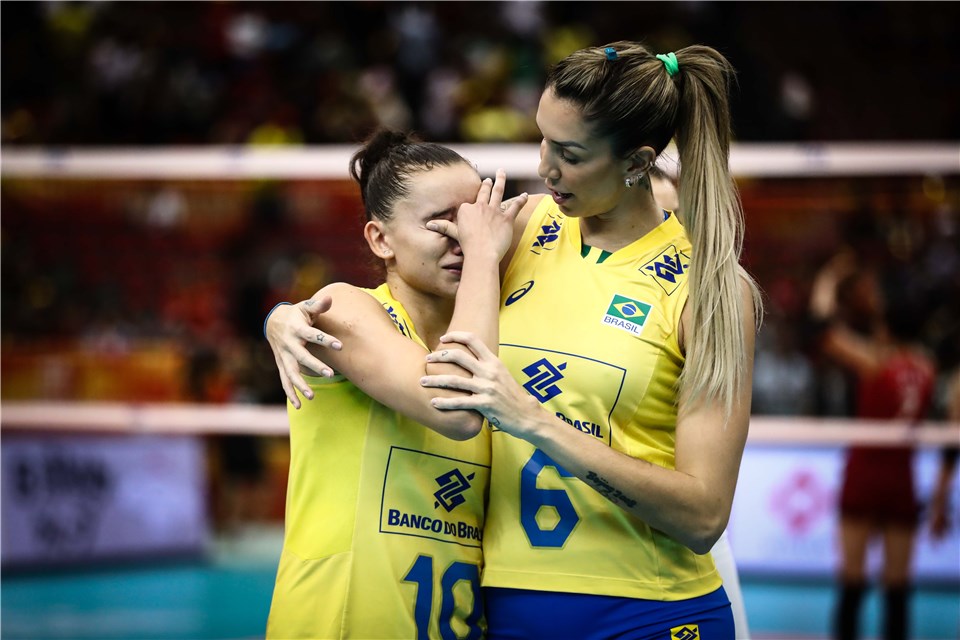 José Roberto Guimarães took a dangerous bet when calling up Brazil’s teams for this year’s WCH. He insisted on calling his old veterans, mostly of whom were recovering from serious injuries or time off from the team, such as Thaisa Daher, Dani Lins, Natália Zilio, and Fernanda Garay instead of fresh, and most importantly, healthy, faces. After a second round exit in the tournament, it’s safe to say the bet didn’t pay out, and Brazil was left with a very frustrating early elimination.

The coach, though, has recently said in an interview to Globo.com that he does not regret his choices, and that he will stick to his convictions. According to him, there were huge hopes in the players recovering during the tournament, and that regardless of the current results, his choices were based on further developing his most important players for the future, and not just the WCH:

“I would do it all over again. This year it was akin to trying to change the tires of a moving car. It was very difficult because of the number of adverse situations we faced. The early elimination is a pity because we displayed a lot of courage as team. Even in crisis, we were together, with correct, emotional behavior. Seeing my players crying will mark me because it was very beautiful what they did. They fought to the end. This character trait is the most important.

All my returning players were fighting something. Natalia and Thaisa are coming back from a serious injury, Dani is returning from pregnancy, and along with Fernanda, were trying to recover  their best physical form. I took the responsibility in this direction because they are important, they will be important for the future. They are very good players, but sadly didn’t have enough time for a full recovery.

If not for our defeat against Germany, then none of this would have happened, and we would be qualified for the Final 6. It is a pity.”

Guimarães’ strategy is risky. Forcing your team to play at sub-optimal levels in order to recover its players DURING a competition can be perceived as far as neglect, specially considering that youngsters such as Gabriela Guimarães (featured picture) are constantly putting their body on the line for the team, passing on a summer of recovery from their domestic seasons in order to represent their national teams. They do so in hopes of winning now, not in hypothetical future scenario. In addition, what kind of further international development players like Thaisa, Dani Lins, Natalia, and Fernanda, all Olympic gold medalists, need?

Brazil finished its WCH run in 7th place, its worst result since 2002. Although the team has 2 Olympic and 12 Grand Prix medals to its name, it is yet to win a WCH title.