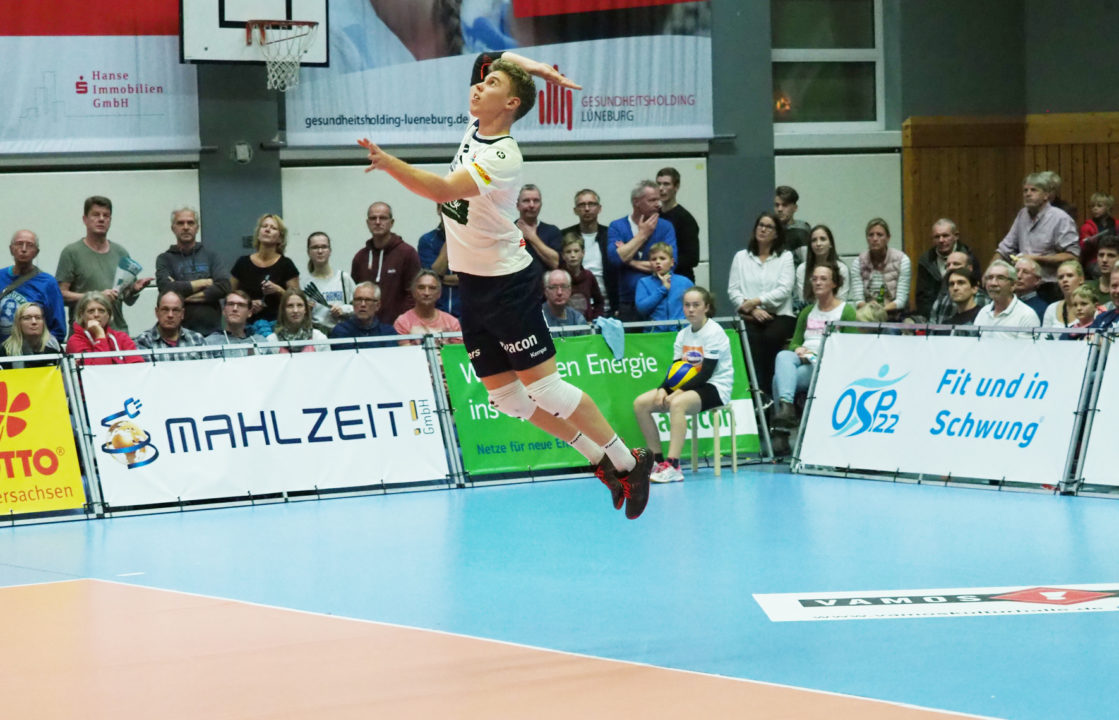 VCO Berlin is still looking for their first win of the season after they lost in 4 sets to SVG Lüneburg. Cody Kessel scored 13 points as an outside hitter for Lüneburg. The former player at Princeton University finished with 10 kills, 1 block and 2 service aces. Noah Baxpöhler was the team’s leading scorer as a middle blocker with 16 points. While he had fewer kills than Kessel (9), he wreaked havoc from the service line with 4 aces. He also contributed 3 blocks. Matthias Pompe, the other outside hitter, scored 12 points on 6 kills, 3 blocks, and 3 aces.

Jannik Pörner, Lüneburg’s opposite, finished with 10 points on 9 kills and a block with 5 errors in attack. Florian Krage scored 8 points in the middle. He chipped in 6 kills to go with 2 blocks on the night. Gijs van Solkema set Lüneburg to a .326 (45%) hitting percentage and also scored from 4 service aces in the win.

Julian Meissner led the way for VCO Beriln with 17 points. The match’s leading scorer scored on 15 kills and 2 blocks. Simon Pfretzschner finishes with 8 kills and 3 blocks. Anton Brehme scored 8 in the middle on kills.