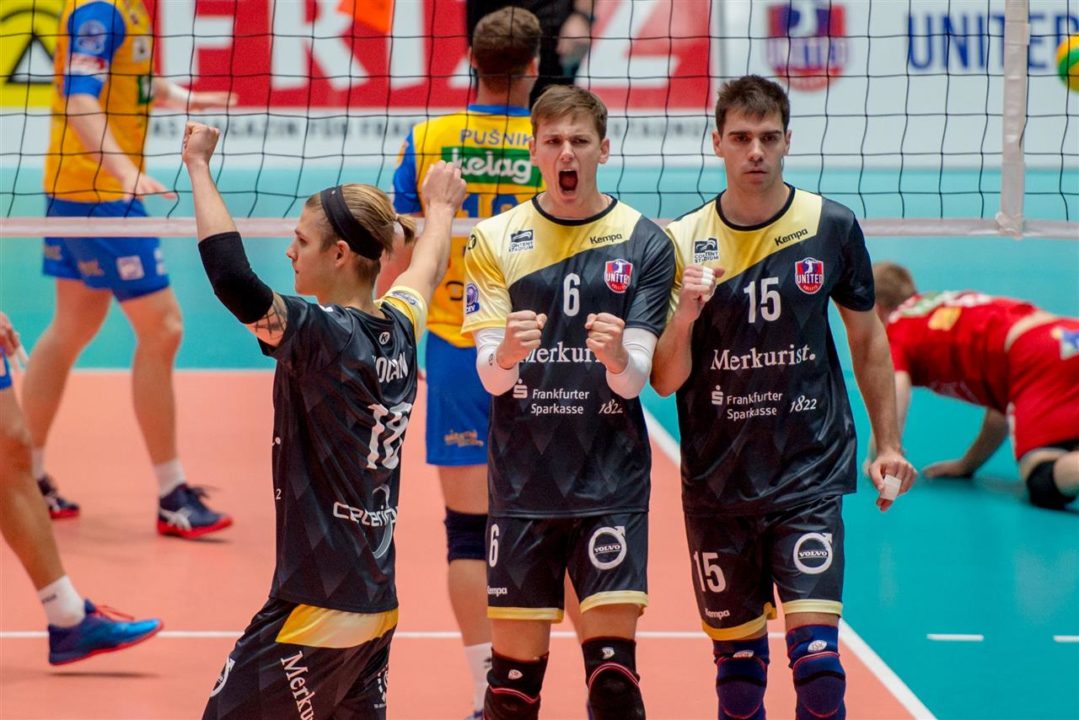 United Volleys rolled to a 3-0 win over Posojilnica in the 2nd Round of the Champions League.  Current Photo via CEV

United Volleys did what they needed to at home. Though they only had 400 fans in attendance, the German side put forth a solid defensive performance, especially at the net, and thwarted any chances for the Austrian champions to claim a victory. United Volleys completed 13 blocks in the match at a rate of 4.33 per set in the win. They were also able to hold Posojilnica to just a .200 (40%) hitting percentage.

Mortiz Karlitzek came up big again for the United Volleys. The outside hitter led his team with 18 points on 13 kills, 2 blocks and 3 aces from the service line. He also was his team’s leading passer with 85% of his service receptions being positive and 55% being rated as perfect. Both of those stats were match-highs.

Sebastian Schwarz had a difficult time in attack, hitting only .056 (33%) on his way to 6 kills with 5 errors in attack. He also contributed a service ace. Milija Mrdak scored 11 points from the right side as an opposite. He put away 10 kills with an ace, but he only hit .231 (38%). Tanner Syftestad entered the match as a substitute in the 2nd set. He complete 1 attack attempt, but did not earn a kill.

Paul Penning chipped in 8 points in the middle. While he only had 1 kill and 2 errors (-.200 and 20%), he accounted for 7 of his team’s 13 blocks. Lucas Van Berkel chipped in 10 points from the other middle blocker position. His points came on 6 kills and 4 blocks. Adam Kocian set the United Volleys to a .244 (43%) hitting percentage.

Matej Mihajlovic was the biggest contributor for Posojilnica. The starting opposite led his team with 17 points on 14 kills, 1 block,and 2 aces. Maximilian Landfahrer also reached the double digits with 10 points from 10 kills with a .200 (40%) hitting percentage. Nej Pusnic scored 7 points off the bench at the outside on 6 kills and 1 block. Posojilnica only got a combined 5 points out of their middle blockers.

United Volleys just need a win or a loss in 5 sets when the two teams play in Austria on Halloween in order to advance. If Posojilnica wins in 3 or 4 sets it will force a Golden Set to 15 points. United Volleys does not have a match in the German Budesliga this weekend, though Posojilnica will play VBC TLC Weiz on Friday, October 26th.