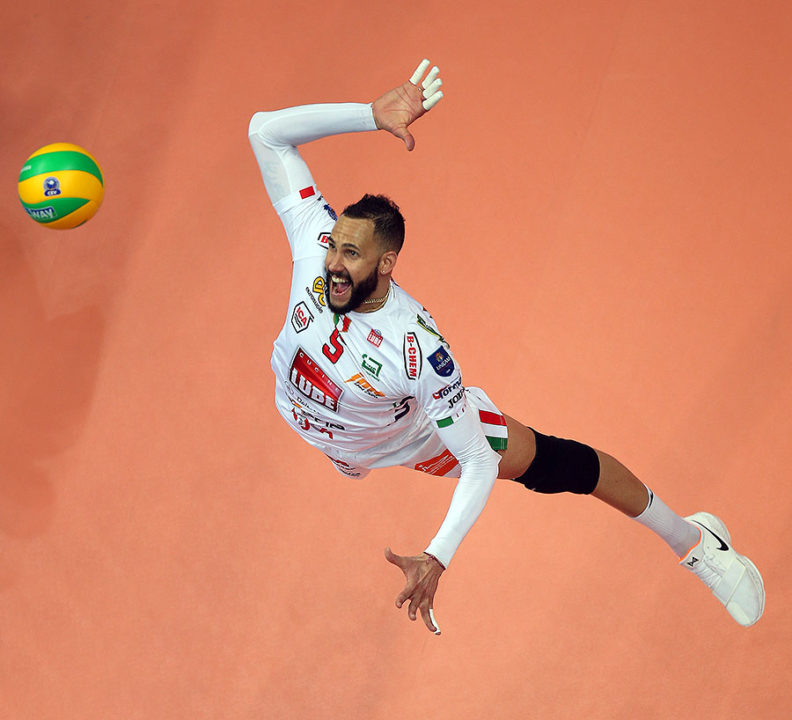 After finishing 3rd each of the last two seasons, Civitanova will play in their first Champions League final since winning in 2002. Current Photo via CEV

With a powerful 3-1 win on Saturday in the European Champions League semi-finals, Civitanova ensured their best finish since winning the title in 2002. The Italian side has finished 3rd in each of the last two seasons, with their Italian colleagues from Trentino and Perugia playing in the final instead.

Civitanova earned their spot with an overwhelming 55% offensive hitting percentage. They had only 5 hitting errors in 92 attacks, set off by an efficient 34% perfect serve reception and 54% overall positive reception. Both of those

Zaksa hit at a relatively high percentage, 51%, for a team that lost 3-1, but they were undone by 15 service errors to just 4 aces. In the 2nd set, Zaksa looked unstoppable, hitting at a 71% clip in the frame (12 kills, 17 swings, 0 errors, 1 shot blocked). Zaksa also had 4 of their 7 blocks in the 2nd set, and were relatively clean on service with just 2 errors. In that set, Zaksa played as well as any of the 4 teams did at any point in Saturday’s matches, but they couldn’t sustain the run of play.

Coming out of the break, they hit just 39% in the 3rd set and served 5 errors.

Consistency and balance carried the day for Civitanova. They had three players (Tsvetan Sokolov, Taylor Sander, and Osmany Juantorena) with between 21 and 28 swings. Maurice Torres, Zaksa’s offensive leader, was a recipient of 36 of his team’s 95 sets, almost half (8 of 17) in the 2nd set that they won. But he became less effective as the game went on.

Torres still led all players with 21 points on 20 kills and a block. He also led his team with 4 service errors, but no aces to show for them. He was the only Zaksa player in double-figures.

Sokolov finished the match with 20 points to lead the winners Civitanova. 15 of those came on kills, and he also contributed 2 blocks and 3 of Civitanova’s 8 aces.

Juantorena had 17 points, with 12 kills, a block, and a match-high 4 aces (and no service errors). Sander chipped in 13 points (11 kills, 2 blocks) and led the team’s service receipt with a 48% excellent and 71% positive reception.