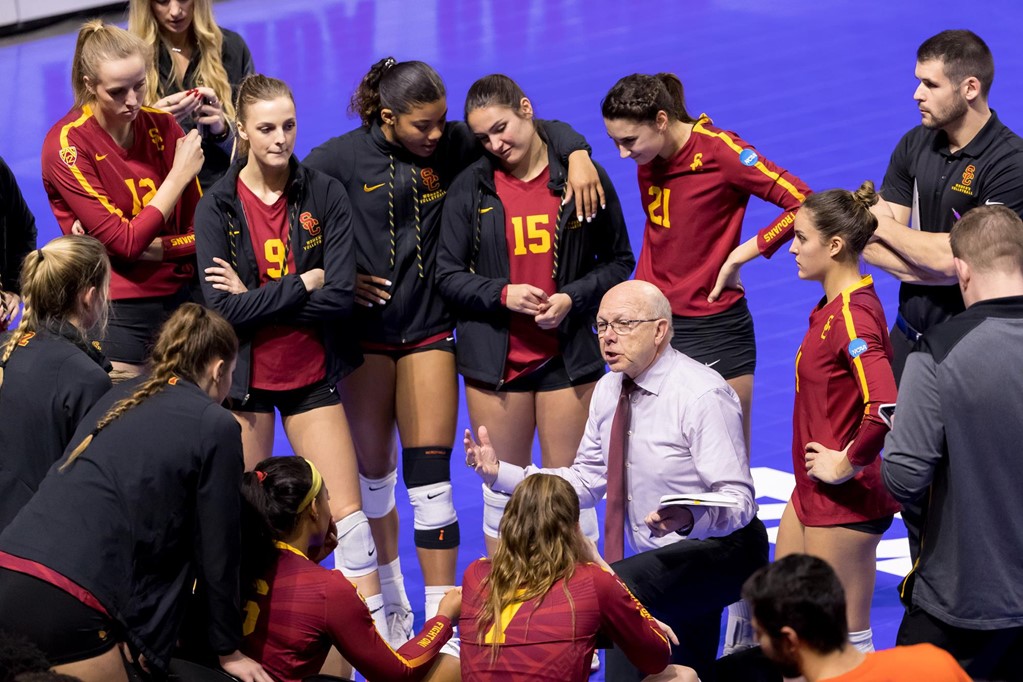 After 17 years as the head coach of USC women's volleyball, Mick Haley has coached his last season for the Trojans. Archive Photo via Matt Pendleton/USC Athletics

After 17 years as the head coach of USC women’s volleyball, Mick Haley has coached his last season for the Trojans. The school announced the move on Saturday, without indicating whether or not this was a termination or resignation, and when asked to clarify, a spokesperson reaffirmed the verbiage that he “will not return.”

“We thank Mick for 17 outstanding years of success and accomplishment at USC and we wish him well,” said athletics director Lynn Swann.  “He is an icon in the world of volleyball.  He brought our program many memorable moments, including getting to the brink of the NCAA Final Four this season, and he developed elite student-athletes.

“As we transition into the future of USC women’s volleyball, the outlook is strong.  The talent level is high both on our returning roster and with our incoming signees.  We expect a new coach to build off of the success of this past season.”

Though this is the verbiage the university used to describe Haley not returning, he describes it in another light, according to VolleyballMag:

“It was obvious that they knew this from last spring,” said Haley. “I went to the athletic director last spring and asked for an extension. He said ‘I’ll get back to you’ and never got back to me. I took it from there that he wanted to see how we did this fall.”

Haley believes that he is being discriminated against because of his age, as he is 74-years-old, and has hired a lawyer to file a wrongful termination and age discrimination suit against USC.

Haley also added that “They told me they’re not firing me for cause.” With California being an “at-will” state, his job is not required to have a discernible reason and can terminate an employee for any reason at any time. Over the next two seasons, Haley has 11 recruits lined up to come to USC to play.

Haley came to USC after leading the U.S. Women’s National Team to a 4th-place finish at the 2000 Olympics. Before that, he was the head coach of the Texas women from 1980-1996, winning 2 national titles there.

He also spent 7 seasons as the head coach of Kellogg College, winning 2 national junior college titles with the women and 4 with the men.