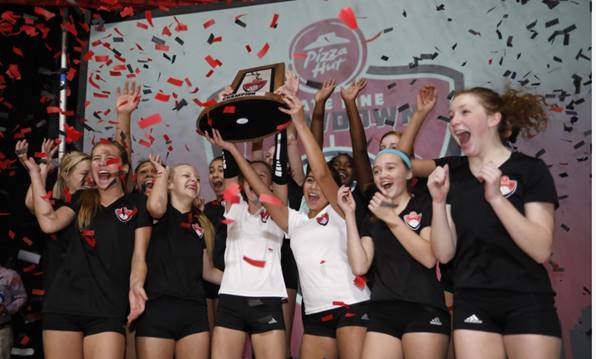 Team Kansas, which was made up of the Dynasty 14's team plus former Kansas State setter Caitlyn Donahue, won the Pizza Hut State Line Showdown title with a three-set victory over Team Missouri Friday night.  Current Photo via Colin Braley

Team Kansas, which was made up of the Dynasty 14’s team plus former Kansas State setter Caitlyn Donahue, won the title with a three-set victory, over Team Missouri. Former Missouri Tigers setter and current volunteer assistant coach Molly Kreklow played alongside the Club North team on the other side of the net.

Check out the highlights of the Team Kansas win, followed by what else, Pizza Hut pizza.

A good time was had by all as both teams celebrated the talent that thrives in the Kansas City area, in conjunction with the ongoing NCAA Tournament, which will crown a champion Saturday at 9 p.m. ET. 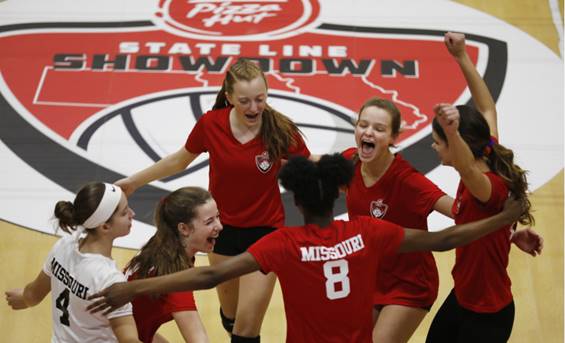 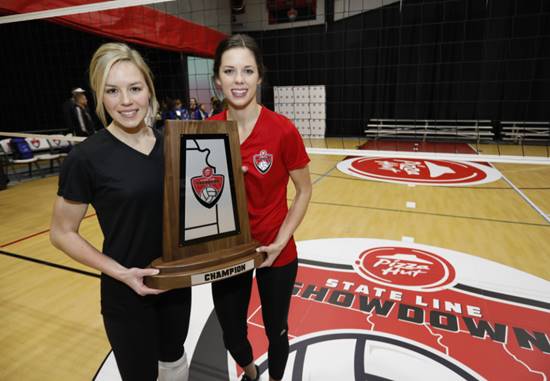 DYNASTY Wins the NCAA / Pizza Hut – Border War… 🍕🏆 Special thanks to the sponsors and to everyone who came out! #vivakansas💙🖤