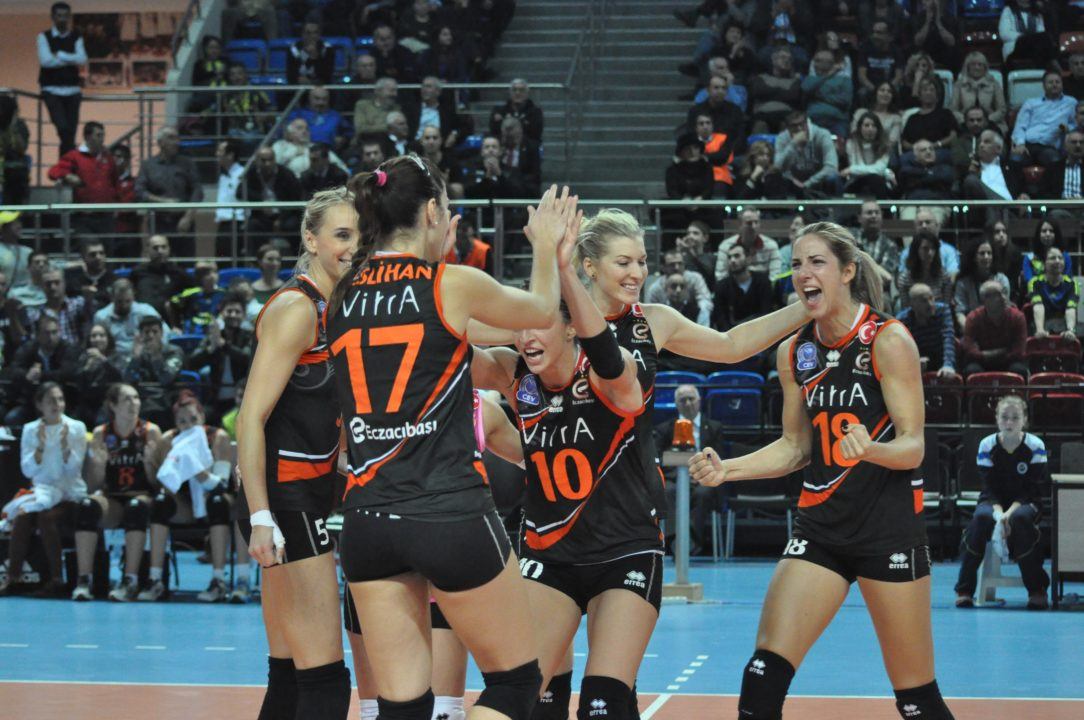 The 4 wildcard teams that will participate in the 2017 FIVB Women’s Club World Championships in Kobe, Japan have been announced.... Archive Photo via CEV

The 4 wildcard teams that will participate in the 2017 FIVB Women’s Club World Championships in Kobe, Japan have been announced. Vakifbank Istanbul, Volero Zurich, Eczacibasi VitrA Istanbul, and Volei Nestle Osasco will participate. The nominations are pending the outcome of the 2017 European Champions League Final, held from April 22-23 in Treviso, Italy, the winner of which gets an automatic bid to the Club World Championships.

If one of those 3 European teams wins the CEV Championship, then that would open up another wild-card spot in the 8 team tournament. All 3 European teams, Vakifbank, Volero Zurich, and Eczacibasi, are still in the European Champions League, along with Modena from Italy, Dinamo Moscow from Russia, and Fenenrbahce from Istanbul. The host of the final, from April 22-23, is Imoco Volley of Italy.

Meanwhile, Volei Nestle Osasco from Brazil has been selected as the 4th wildcard, joining their compatriots and 2017 South American Champions Rexona-Sesc Rio in the tournament.

Last year, in the Philippines, Eczacibasi beat Pomi Casalmaggiore in the Club Worlds final, but Pomi is unlikely to return for another shot at the title. Vakifbank were last ear’s bronze medalists, beating Volero Zurich.

The 4 teams named as wild cards have won 4 of the last 5 Club World Champpionships – Eczacibasi each of the last two years, Vakifbank in 2013, and Osasco in 2012. In 2014, Dinamo Kazan from Russia won the title, beating Osasco.

Japan, as the hosts, automatically receive a bid that goes to Hisamitsu Springs – the team from the host city of Kobe. The NEC Red Rockets will give the hosts a second rooting-interest as the 2016 Asian Club Champions. No Asian team has ever won the Club World Championship – Europe has won 7 times and South American 3.

The 2017 Club World Championships will be held from May 8th-14th. This is a shift that makes the tournament a season-ender, preempting most of the international summer, rather than a season-opener as it has traditionally been.