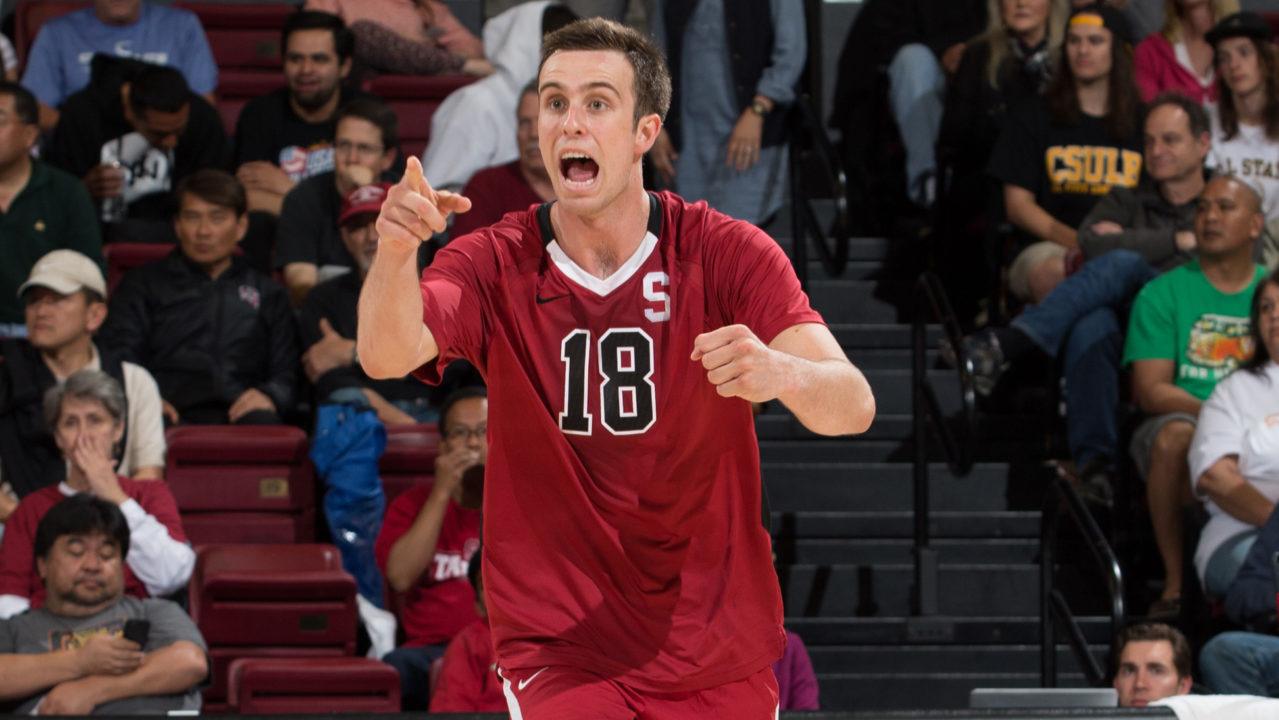 The Stanford men are in the cat-bird's seat for one of the last 3 spots in the MPSF standings, but nothing is locked up in the deepest conference in the land. Archive Photo via Stanford Athletics

The UCLA men have recovered from a mid-season swoon (and, on a more literal level, a mid-season run of injuries), and are solidly in the 5th position in the MPSF. While the top 4 spots, and quarterfinal hosts, are all decided, UCLA is technically not locked in to the playoffs just yet. With 1 win in their last 4 against USC, Cal Baptist, and a double header with Hawaii, they’ll officially book their ticket to the conference tourny. Cal Baptist has just 1 conference win this year, so the Bruins will circle that as a must-win.

The rest of the conference gets very interesting, with 5 teams (Stanford, Pepperdine, UCSB, USC, and CSUN) battling for 3 spots. Stanford and Pepperdine have a 1-game advantage in the wins column, and all 5 teams have been ranked in the top 15 at some point this season.

Penn State remains with a slight advantage in the EIVA. While their big upset win over Big Ten foes Ohio State doesn’t count toward the EIVA standings, it is a confidence boost as they head toward the final 3 weeks of conference play. The Nittany Lions have a run of make-or-break games coming up: they play conference #3 Princeton, conference #2 NJIT, conference #4 Sacred Heart, and conference #5 Harvard, in that order, in their next 4 games. With only 4 teams going to the conference tournament, if they get cold at the wrong time, they’re still well within danger of missing post-season play. The game against Harvard will be the key.

Through games on Tuesday, March 28th