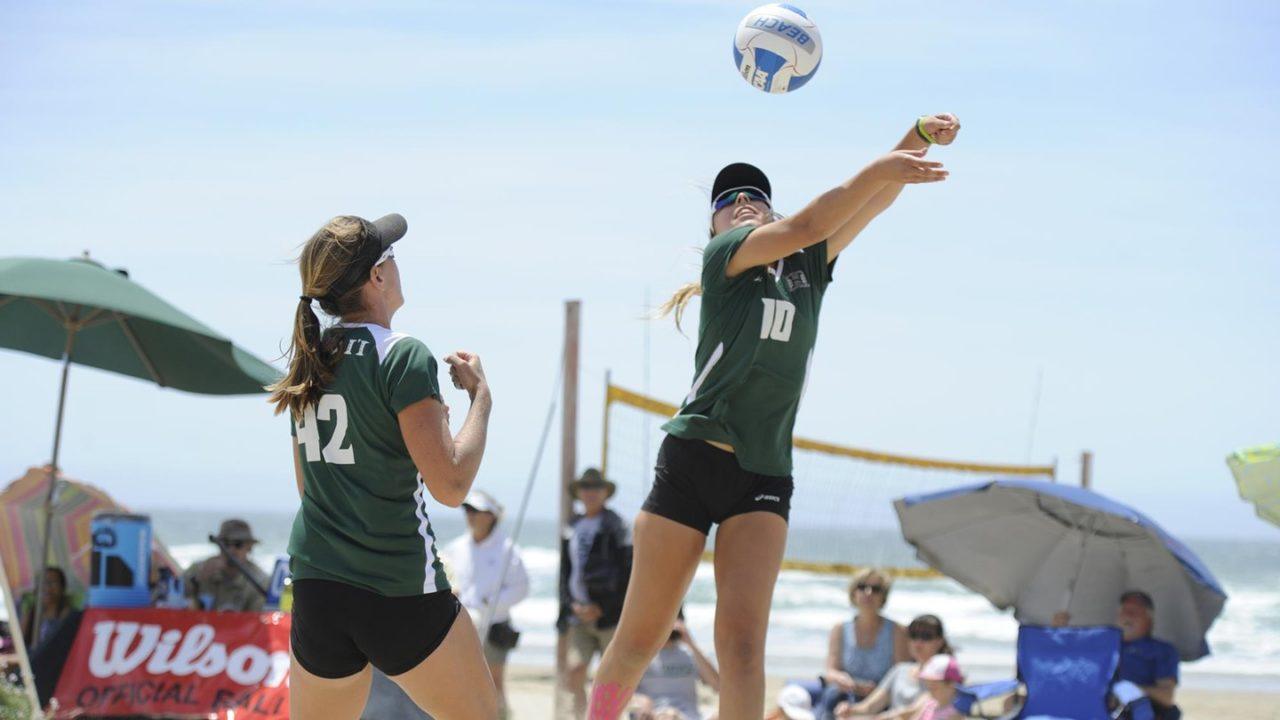 Mikayla Tucker and Morgan Martin (above) lost at the 1-line, but Hawaii still powered through to a 3-2 win over Long Beach State. Archive Photo via Hawaii Athletics

The #2 seed in the 2017 Big West Beach Volleyball Championships, Hawaii, beat the #1 seed, Long Beach State, on Saturday afternoon to advance to the championship game of the 2017 tournament.

The big showdown came at the 1-line, where Nele Barber and Rachel Nieto beat Hawaii’s Mikayla Tucker and Morgan Martin. Tucker and Martin are now just 19-12 on the season, but Hawaii’s strength is through the middle part of their order, where they won a the 2, 3, and 4 lines.

The outcome is a reversal of the two teams’ last matchup, which was won by LBSU by a 3-2 score. Since then, however, Hawaii has had a lineup shakeup, moving Carly Kan and Ari Homayun up to #4. That change, at a line they lost in the last meeting, plus Taylor and Schucht reversing the point at #2, swung the final scoring in favor of the Wahine.