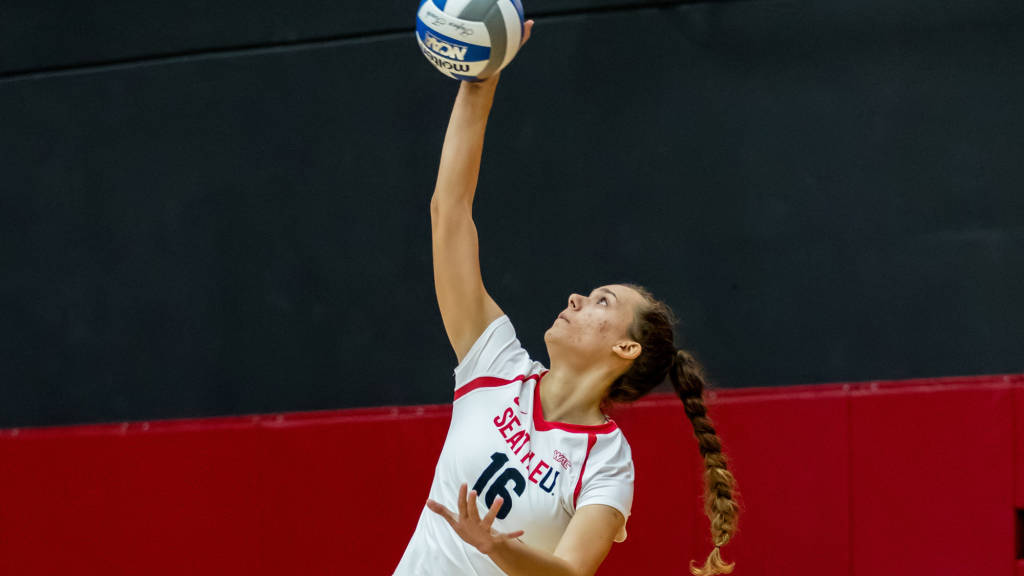 Michigan is adding to its 2018 roster through the addition of Seattle transfer middle blocker/right side Katarina Glavinic. Standing at 6’3″, Glavinic will be a junior in the fall of 2018 with two years left of play.

“We are very excited to add a student-athlete with Katarina’s experience and skill set to our program,” Michigan head coach Mark Rosen said in the team’s release of the addition. “Her ability to impact as a middle blocker or opposite will be very beneficial this upcoming season. The fact that she’s coming in with international experience as well as two years of collegiate competition make her a great fit for our needs.”

Michigan is coming off of a season in which they went 21-12 and made the NCAA Tournament. The 2018 roster features two middle blockers and one opposite, giving Glavinic a chance at playing time this season.

For her former team, Seattle, they’ll look to recoup from the loss as three middle blockers are in the fold to return for 2018.