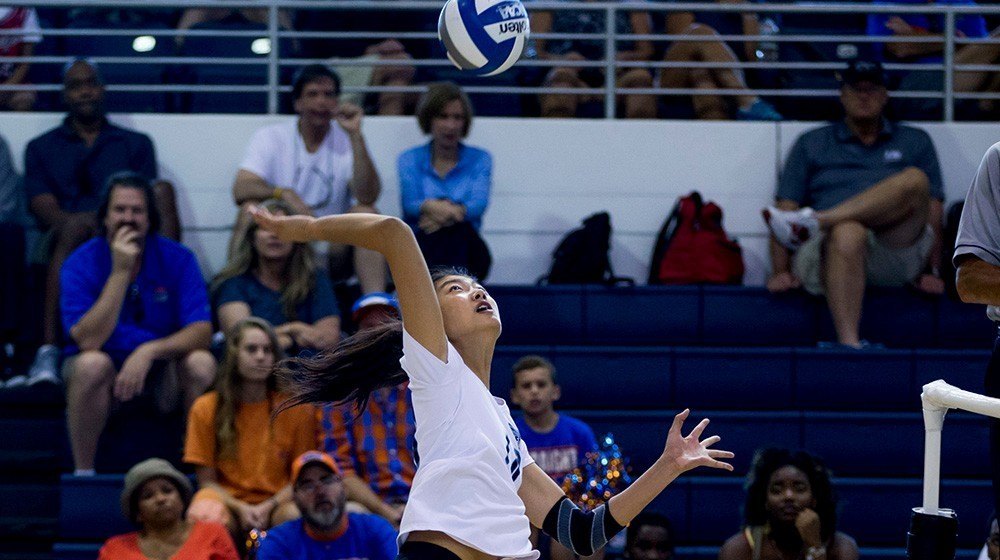 The UCF Golden Knights are bringing in a pair of transfers to their roster for 2017 in Jiayi Zhang and Erin Olson. At 6’6″, Zhang brings in size while Olson brings in passing at the setter position for the Golden Knights. Both have multiple years left of eligibility for UCF.

Zhang began her collegiate career with LIU-Brooklyn, where she spent two seasons. She was second on the team with 240 kills as she also logged 72 digs, 62 blocks and 15 aces in 2016 for an LIU-Brooklyn squad that won the Northeast Conference and took on Penn State in the first round of the NCAA Tournament. Although they lost, Zhang totaled eight kills on a .286 hitting percentage. She comes in as a junior and will be immediately eligible for her final two seasons.

“Jiayi has one thing a coach can’t teach, which is height,” UCF head coach Todd Dagenais said in the release of the news. “We believe she may be the tallest volleyball student-athlete ever to play for UCF and may be one of the tallest female student-athlets in UCF history. She is an elite level blocker who can play several critical roles in our offense.”

While Jiayi figures to add to a UCF side that was second in the American Athletic Conference (AAC) in blocking, Erin Olson gives the team another setter. The 5’9″ sophomore-to-be spent just one season with Bradley. She racked up a team-best 582 assists (6.0 per set) in addition to 194 digs.

“She will add immediate depth to the setting position with a year of collegiate play under her belt,” Dagenais said in regards to the transfer. “She is familiar with the style and tempo of offense we like to run. Most importantly, she adds to our team as an outstanding student, and has the ability to be a team leader at some point early in her career.”

UCF finished 23-10 in 2016, including a 13-7 mark in the AAC. Building off last season and with the additions of Zhang and Olson, UCF will be looking for their first NCAA Tournament appearance since 2014.