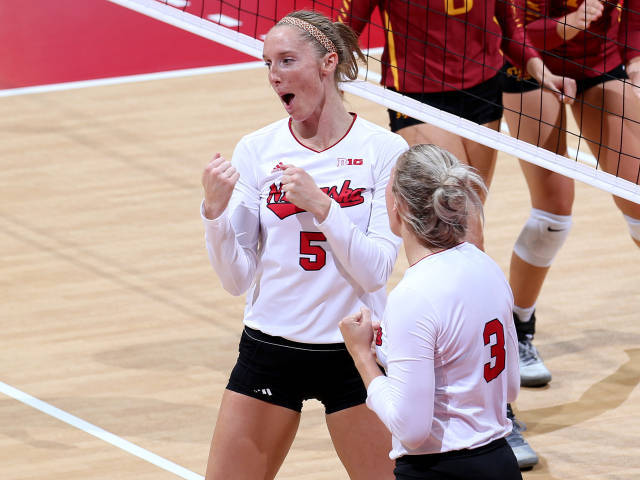 The French women’s team Beziers Angels has signed three players to their roster for the 2017-18 season – Amber Rolfzen, Krystal Rivers and Mari Hole.

Rolfzen is coming off her first professional volleyball season with Dresdner SC, where she helped the team to a third-place finish in the German Bundesliga. Rolfzen and her twin sister, Kadie Rolfzen, played together at the University of Nebraska for the collegiate career, as well as signed their first professional contract together with Dresdner SC. Rolfzen is a middle blocker that ended her career with Nebraska with 500 blocks as well as averaged 1.94 kills per set. Rolfzen earned two AVCA All-American honors in her career with the Huskers and garnished two straight All-Big Ten Team selections, including one her senior season. In 2015, Rolfzen helped the Huskers to the NCAA Volleyball National Title. Recently, Rolfzen was a part of the USA team that competed at the Pan American Cup, helping the team to the title and the fifth overall for the USA.

Rivers had a tremendous career with Alabama last season, making this her first ever professional volleyball contract. Rivers ended her Crimson Tide career with 2,148 kills, making her the all-time kills leader at Alabama. In Rivers’ senior campaign she earned the SEC Volleyball Player of the Year as well as the Scholar-Athlete of the Year for the second consecutive season.

Hole comes to Beziers from Allianz MTV Stuttgart in Germany after just one season. Prior to, Hole was with Beziers for one season and Istres OPVB the season before. In her previous stint with Beziers, Hole put down 364 total points in that season making her the team’s top-scorer. In her collegiate career, the Norwegian player began her career at UCLA from 2009-11 before transferring to Ohio State to conclude her final two seasons in the NCAA. While with the two colleges, Hole was able to put down a total of 1,282 kills with an average of 3.55 kills per set over her four-year career. In addition, Hole picked up 823 digs and blocked 158 balls.