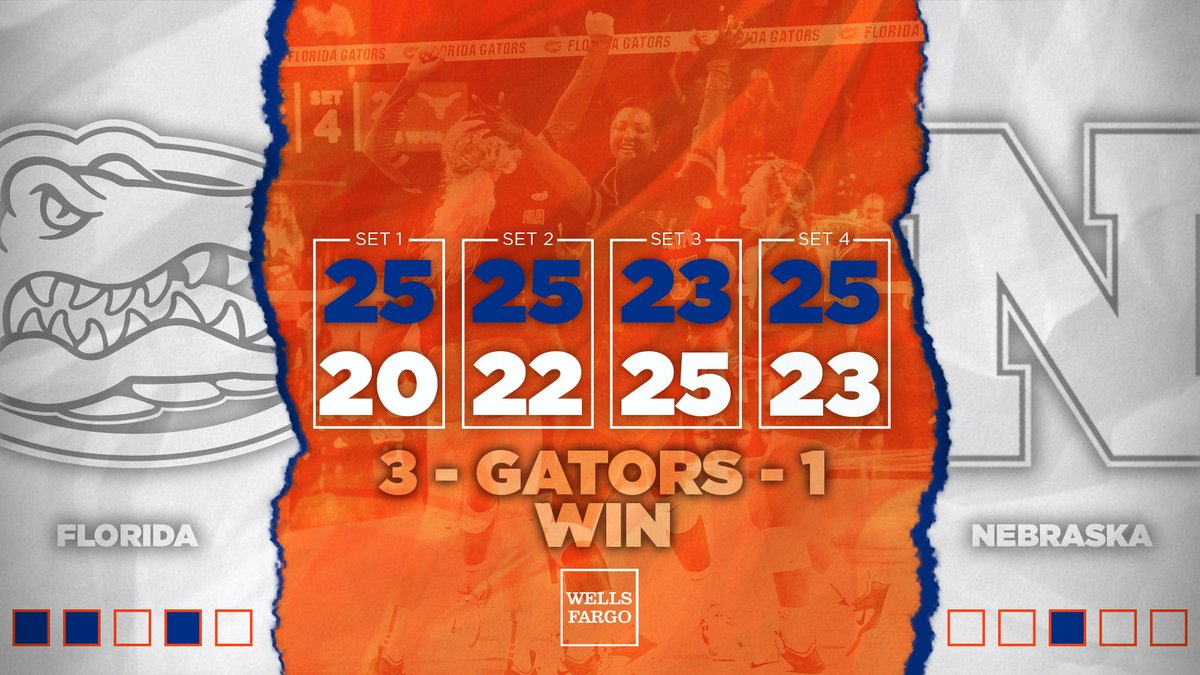 Florida was led by their newcomers, notably Thayer Hall and Marlie Monserez, in a road victory against defending champs Nebraska. Archive Photo via Florida Athletics/Volleyball

In a National Championship rematch from last season, the Florida Gators earned at least a little bit of vengeance on the team to beat them in downing Nebraska 3-1 on the road. After going up 2-0, Nebraska won the third but the Gators finished the match on an 18-12 run to close things out.

Both teams were obviously replacing a myriad of individuals from that title match a season ago. Of course, both tacked on some newcomers who would play a big role in the match and plan to for the season as well. None stood out more than Thayer Hall, the top recruit in the country who led the match with 20 kills (doing so on a .233 mark with six digs).

Interestingly enough for Florida, one of those was setter Marlie Monserez, who actually got the start over – of all people – her sister, Allie Monserez. Both would go on to play as part of the Gators’ 6-2, with Marlie notching 23 assists, 8 digs and 3 kills while Allie totaled 13 assists and 9 digs.

For Nebraska at the setter position, they found out the difficulty of losing the 2017 VolleyMob Player of the Year in Kelly Hunter and the stability that she provided. Highly-touted freshman Nicklin Hames (35 assists, 19 digs, 3 blocks) was good defensively and will likely get their offensively, but the latter wasn’t quite up to par just yet to take down a physical and strong defensive team like the Gators are.

Filling in for libero Caroline Knop was Allie Gregory, who impressed with a match-best 21 digs for Florida. Mia Sokolowski (8 kills, .227) had a nice breakout performance to open up her season with the Gators while Rachael Kramer didn’t get much going offensively (6 kills, .000) but provided a thump defensively with six blocks and made things difficult for Stivrins. Holly Carlton, the 6’7″ RS/S transfer from UNC, didn’t play any setter, but did appear in the front row to knock down four kills in her Florida debut.

Keep in mind that the Huskers were without Lexi Sun too – the former top recruit who transferred in from Texas but sustained an injury that kept her from playing. It’s the second season in a row that Nebraska has been without a key cog to the lineup in the VERT Challenge after Kelly Hunter missed the even last season.

In total, Florida went on to hit .182 in the match with 5 aces/12 service errors. Nebraska meanwhile hit just .126  and had 5 aces/13 service errors. The result obviously shows that Florida might not take as much of a step back as once thought, while Nebraska may have more to work on but still showed some flashes. Overall, both teams look to have a talented, young core in place.