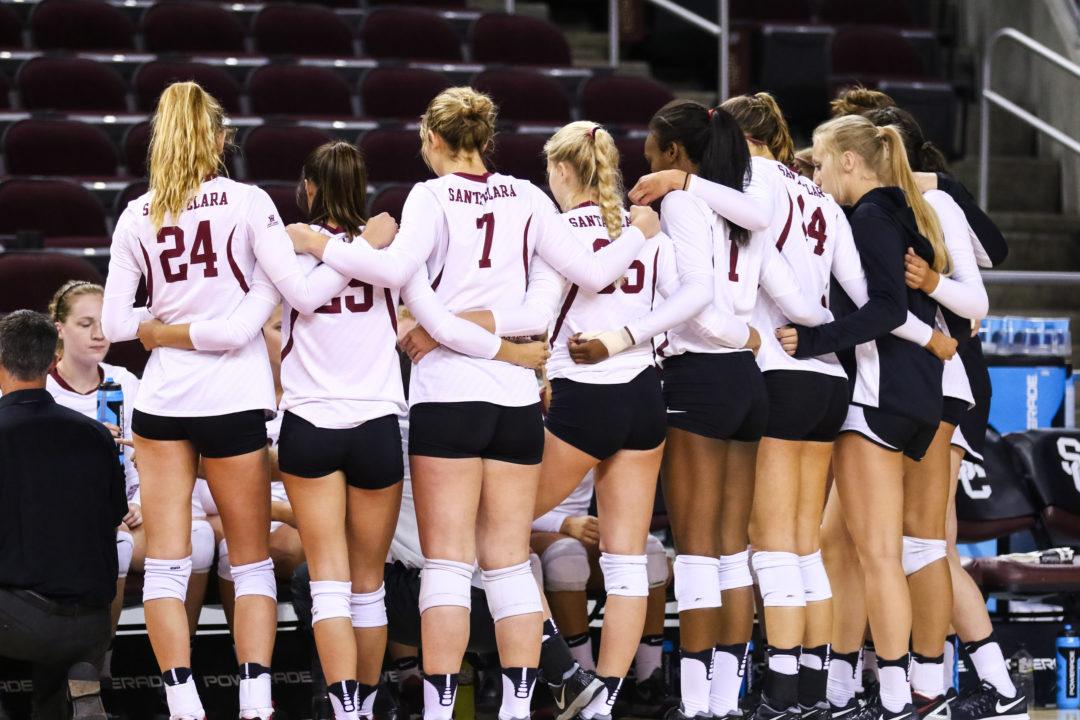 Lisa Kramer led all players with 12 kills to pace the USD offense, and she hit for a .375 clip. Both Lauren Schad and Lauren Fuller had nine kills apiece, while Kristen Gengenbacher had 20 assists and Ana Newsome added in 17 more assists. Hunter Jennings led the team’s defense with nine digs.

For the Aztecs, Deja Harris led the way, as she recorded 10 kills, while hitting .368. Alexandra Psoma led the defense with five digs, and Indigo Thompson recorded 27 assists.

San Diego will return to action on Thursday, as they return to the friendly confines of the Jenny Craig Pavilion to begin West Coast Conference play against the University of San Francisco. The match is set to begin at 7 p.m.

SAN DIEGO – San Diego State came up short in its annual match against No. 7 University of San Diego as it fell to the Toreros in three sets (25-21, 25-19, 26-24) Tuesday evening on Aztec Court. The win was the eighth in a row for the visitors, who improved to 9-2 on the season while SDSU saw its four-match win streak end and its record fall to 8-6.

Sophomore middle blocker Deja Harris led the Aztec with 10 kills and a .368 hitting percentage. She also contributed a pair of digs and was one of five SDSU players to end the evening with three blocks.

Although both teams totaled 17 errors over the three sets, USD recorded 48 kills and a .337 hitting percentage compared to 37 kills and a .230 attack mark for SDSU.

The opening set was close as the teams were tied at 15-15 in the latter stages. USD worked its way to a late three-point advantage at 23-20 and went on to the four-point win. Cage led the Aztecs with three kills while Reeves recorded three blocks. The Aztecs hit .333 for the contest, but the Toreros ended with five more kills and a .424 hitting percentage.

The second set saw the visitors take control early as they jumped out to a seven-point lead at 12-5. SDSU was only able to get back to within three when it trailed 16-13 before the Toreros went on to take nine of the final 15 points to capture the set and go up 2-0 in the match. Harris and Fuzie had five kills apiece for San Diego State, but the Aztecs hit just .094 as a team compared to .333 for the Toreros.

The University of San Diego got off to another quick start in the third set, leading by as many as six points at 15-9. SDSU, however, fought back and eventually tied the contest at 18-18. From there neither side could forge more than a one-point lead until, at 24-24, an SDSU service error and a Torero kill gave the visitors the set and match win. Psoma led all players with five kills in the contest.

They should just merge into one athletics program…