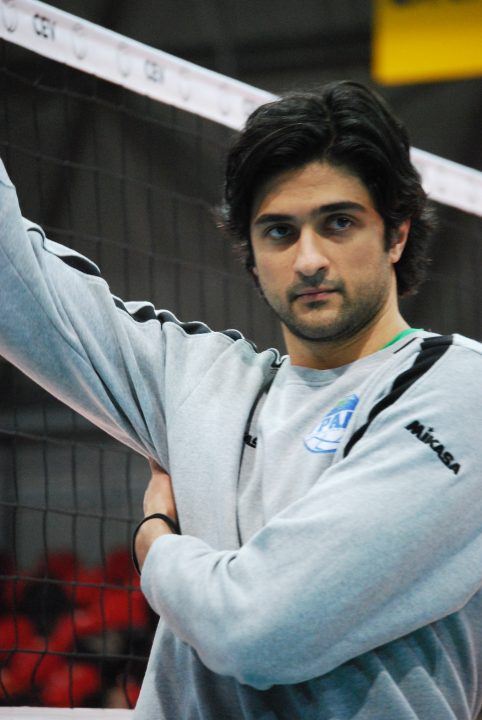 Brazilian attacker Landro Visotto Neves has landed with Italian club Monza, transferring from the famed Qatari club Al Arabi. Visotto was a member of the Brazilian team that won an Olympic silver medal in London in 2012.

The 33-year old Visotto was not on the Brazilian men’s team that won the Olympic gold medal in Rio in 2016, but was with the national team for much of the run-up to the Games. That includes being a member of the 2014 World Championships and World League teams that won silver medals; and the 2013 South American Championship-winning team.

Among his individual honors include being named the Best Middle Blocker of the 2016 Asian Club Championship and the Final Four MVP of the 2010 Coppa Italia. That Copa Italia honor was earned in his last stint in the country, where from 2006-2010 he played with 3 clubs, including the powerhouse Trentino club from 2008-2010. With the club, he won the 2009 FIVB Club World Championship.

Now he returns with Monza, who currently sits 7th out of 14 teams in the Italian League – 22 points behind the leaders from Civitanova.

In his one Olympic Games, Vissotto played often in the early rounds, including leading Brazil with 12 kills in their 3-1 loss to the United States in pool play. As the medal rounds drew nearer, though, his role was diminished.

He is one of at least two big outbound transfers from Al Arabi this month, who also sent Montenegrin outside hitter Bozidar Cuk to French club SPVB.