A volunteer assistant volleyball coach at Clay-Chalkville High School in Birmingham, Alabama has been arrested on charges of having a... Stock Photo via Janna Schulze/SwimSwam.com 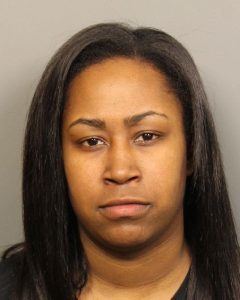 A volunteer assistant volleyball coach at Clay-Chalkville High School in Birmingham, Alabama has been arrested on charges of having a sexual relationship with a 15-year old female student, according to the Jefferson County Sheriff’s Office.

According to the sheriff’s department, on December 7, 2016, a school administrator informed the School Resource Officer at the high school of allegations of an inappropriate relationship between 22-year old Willyncia Joy Harper and the student. Detectives investigated the allegations and on February 15, 2017 presented findings to the Jefferson County District Attorney’s Office. Arrest warrants were issued and Harper was charged with “School Employee Engaging in Sex Act with a Student Under the age of 19” and “School Employee having Sexual Contact with a Student Under the Age of 19.”

She was arrested just before noon non Friday and posted $18,000 bond.

From the report by the Sheriff’s department:

“The mother of the child told investigators that, on December 6, 2017, she had arrived at the girls father’s home to pick up the child. She found the child there alone with coach. She felt uneasy about the situation and questioned her daughter. After initially denying any inappropriate behavior, the child admitted to having a relationship with the coach, who was a volunteer assistant for the volleyball team on which she played. The mother informed school administrators the next morning.

Detectives learned that the coach had met with the girl at the father’s home after school on several occasions between October and December 2016 and that they had engaged in sexual contact during these visits. When the coach was questioned, she denied any wrongdoing and said that she thought of the relationship as being like sisters. She denied any sexual conduct.”

The charge is considered a Class B felony in the state of Alabama and, if convicted, carries sentencing guidelines of no less than 2 years and no more than 20 years.