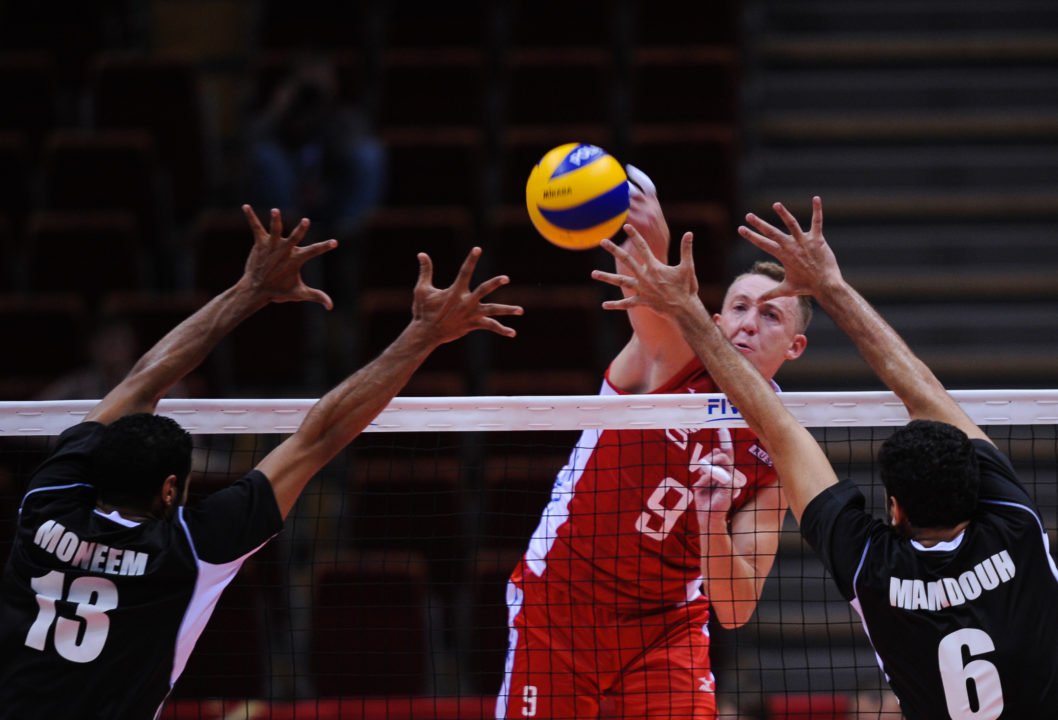 The 30-year old outside hitter Spiridonov will miss the first 5-6 weeks of the Super League season. Archive Photo via FIVB

Former Russian National Team member Alexei Spiridonov has undergone surgery on his meniscus (knee). He’s expected to be out at least 5 to 6 weeks and will miss the start of the 2018-2019 Russian League season.

The 30-year old, 196cm (6’5″) outside hitter didn’t play for Russia at this year’s Nations League or World Championships, but has played a number of matches with the National side. That includes being named the Best Receiver of the 2014 Memorial of Hubert Jerzy Wagner tournament in Poland, winning the European Championship in 2013, and winning the World League twice: in 2011 and 2013.

After spending 2 seasons with Yenisey Krasnoyarsk, Spiridonov returned for his 3rd season with Zenit Kazan this year as part of the team’s rebuild in the post-Wilfredo Leon era. He won 2 Champions League titles and 2 Russian titles in his 2 seasons. He joins a group of outside hitters along with American Matthew Anderson, France’s Earvin Ngapeth, and his countrymate Andrey Surmachevskiy. When healthy, Spiridonov will likely be the team’s 3rd option at the position.

There have been some concerns about the personality management of two players, Spiridonov and Ngapeth, known to have explosive and polarizing personalities. Spiridonov was unconcerned by the problems, praising his new coach Vladimir Alekno and his ability to connect with his players.

The 2018-2019 Russian Super League season will start on October 13th, where Zenit Kazan will begin its title defense against Yugra-Samotlor, the league’s last-place team in the 2017-2018 season, before playing a big match against last year’s league 3rd-place finishers Dinamo Mscow on October 19th.