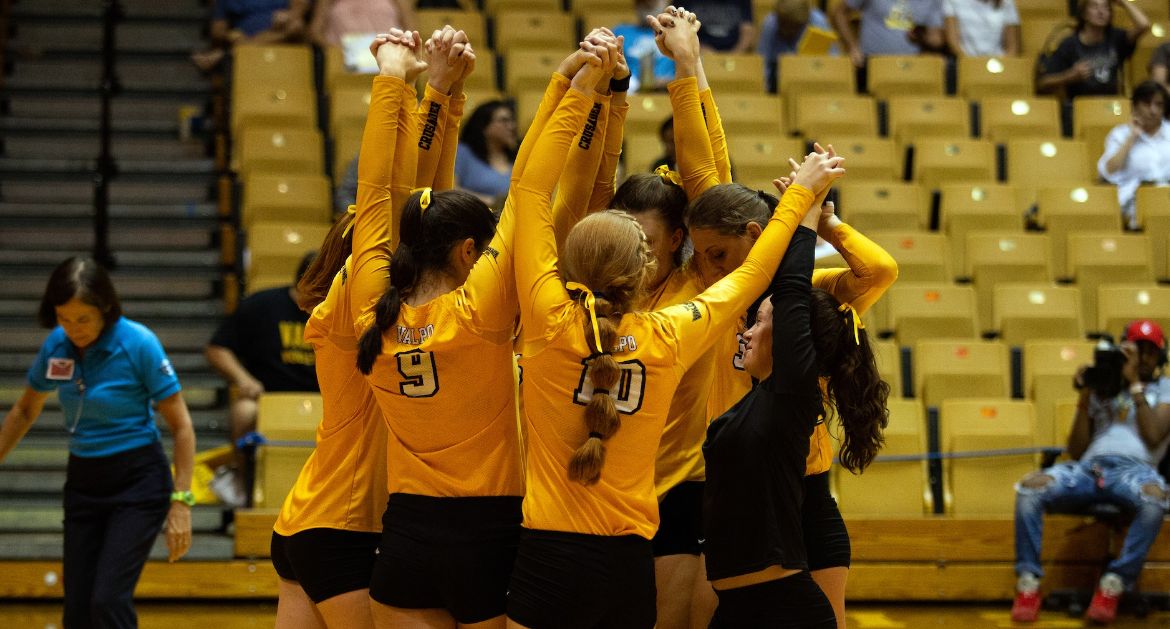 Entering the second weekend of MVC action, five teams remain perfect in league play. Valparaiso is off to the program’s best start at 16-2, 3-0 MVC and has won 10-straight matches  Current Photo via Valparaiso Athletics

Entering the second weekend of MVC action, five teams remain perfect in league play.  Valparaiso is off to the program’s best start at 16-2, 3-0 MVC and has won 10-straight matches (one of nine teams nationally with a current 10+ winning streak).  Loyola has opened league play 3-0 for the first time as a member of The Valley and has won 11 of its last 13 matches. Bradley, Illinois State and UNI all sit 2-0 in the standings.  The Braves are off to the program’s best start at 12-2 and will take a six-match winning streak into this weekend’s home schedule against Indiana State and Evansville.

Illinois State closed a 14-match road stint on Saturday at Southern Illinois, making it the first time in program history that the Redbirds have started the season with that many matches on the road. In that stretch, the Redbirds posted a 10-4 overall record, with their only losses coming against ranked opponents or teams that are currently receiving votes in the AVCA Top-25 Poll. ISU opens the home schedule this weekend against Evansville and Indiana State

UNI has played one of the toughest schedules in all of the NCAA with nine matches against teams that were ranked or receiving votes in the AVCA NCAA Coaches’ Preseason Poll. Massey Ratings lists UNI’s schedule as the seventh-toughest among NCAA teams trailing only UCLA, Texas, USC, Kentucky, Stanford and Creighton.  The Panthers are currently ranked No. 31 in the Massey Rankings.

UNI continues to receive votes in this week’s AVCA Top 25 poll.  The Panthers are receiving six points in the poll and sit 36th overall entering this week’s action.

The Valley has two teams ranked in the VolleyballMag.com Mid-Major Top 25 Poll*. UNI sits No. 5 in this week’s poll (Sept. 25), while Illinois State appears in the poll at No. 22.