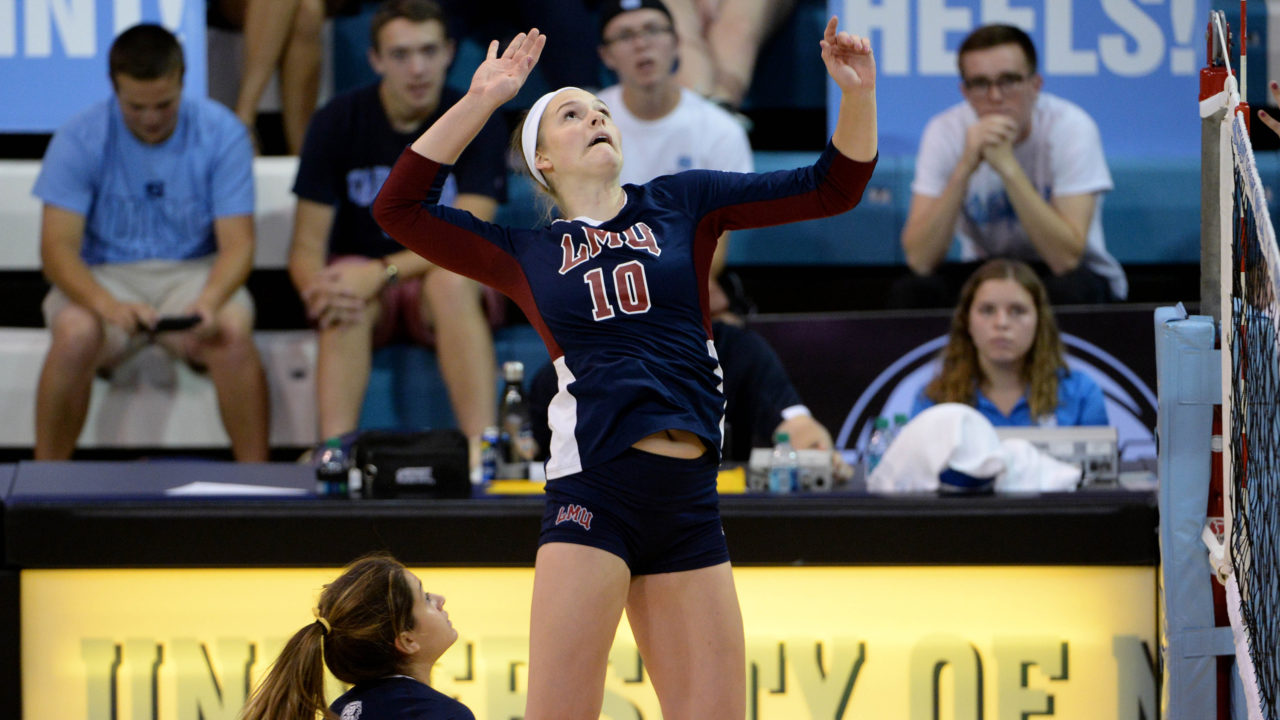 All-WCC outside hitter Megan Rice could miss out on the 2018 season due to offseason surgery. Archive Photo via Loyola Marymount Athletics/Volleyball

Loyola Marymount is likely to be without one of its best players as we head into 2018, as outside hitter Megan Rice might not be seeing the court this season for the Lions.

Rice was recently named to the Preseason All-WCC Team after she was an All-WCC postseason pick for her 2017 effort. In the release for her and Loyola Marymount on the preseason awards, the Lions noted that Rice “is expected to miss the 2018 campaign due to offseason surgery”.

A native of Hermosa Beach, California, Rice attended Redondo Union High School and was a high school All-American before attending UC Santa Barbara. As a freshman she notched 134 kills before transferring to Loyola Marymount.

The Lions have four others who can fill the outside hitter position on their 2018 roster. Of course, of those other pin players the Lions have Savannah Slattery, another Preseason All-WCC Team to try and pick up the slack from the possible loss of Rice this season.

Loyola Marymount, who was picked third in the West Coast Conference, finished 2017 at 16-13 (9-9 WCC). Their 2018 season begins on Friday against Rhode Island and Hofstra before they meet Temple on Saturday.