[UPDATED]: Hawaii Tournament Cancelled, Some Matches Will Go On 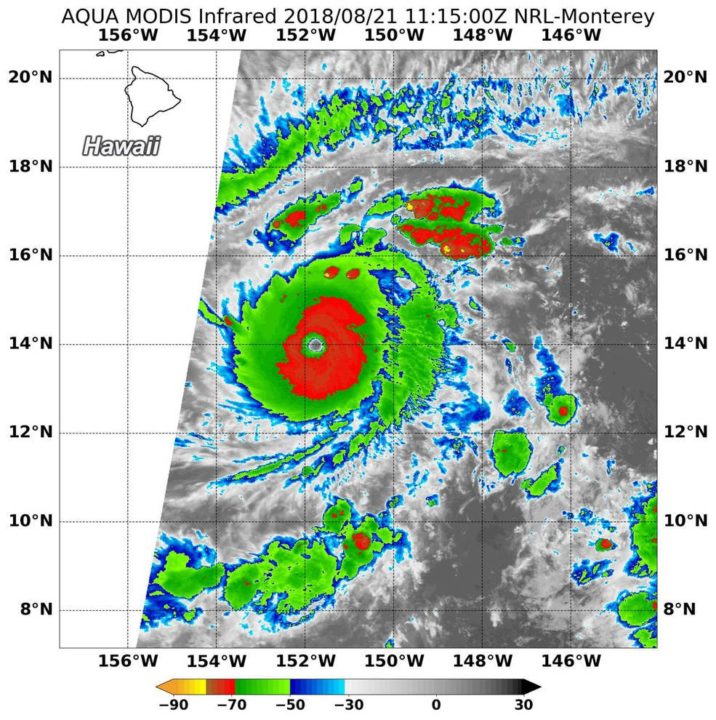 Update: later on Wednesday, UCLA and Gonzaga decided not to make the trip to Hawaii. For UCLA, this ends a... Current Photo via NASA

Update: later on Wednesday, UCLA and Gonzaga decided not to make the trip to Hawaii. For UCLA, this ends a 38-year streak of playing at Hawaii. Kansas State and Hawaii are still deciding whether or not to play matches, as the Wildcats have already arrived on campus. Update here.

With Hurricane Lane bearing-down on  Hawaii’s big island, the University of Hawaii-Manoa is proceeding with this weekend’s Hawaiian Airlines Rainbow Classic, the school announced on Tuesday. That’s as compared to the planned soccer tournament that Hawaii was due to host this week, with Arizona State and the University of Montana notifying the school that they will not make the trip due to weather concerns.

The three-day volleyball tournament is scheduled for Friday through Sunday at the Stan Sheriff Center, and will feature Hawaii, Gonzaga, Kansas State, and UCLA.

Hawaii Airlines, the sponsor of this weekend’s tournament, announced on Tuesday that they would be giving ticket holders to/from/within/via she State of Hawaii between August 21st and August 26th a one-time reservation change waiver due to Hurricane Lane. Hawaii has also closed all public schools and HIDOE offices beginning Wednesday.

Lane is currently a category 5 hurricane, classed on the Saffir-Simpson Scale, but is expected to weaken gradually as it approaches the island. It is one of only two category 5 hurricanes to come within 350 miles of Hawaii, with the last being in 1994. The hurricane still has a possibility of making a direct hit on the island, and even if it doesn’t, it could still cause severe damage, especially on the western part of the island chain. The University of Hawaii-Manoa, is located on the southeast corner of the island of Oahu, which also has a very high risk.

Last year’s active Gulf of Mexico hurricane season caused the cancellation of several early-season volleyball tournaments, including Hurricane Harvey stranding the Rice Owls on the road for 11 days while they awaited an avenue to return home to Houston.

Kansas State landed in Hawaii on Tuesday afternoon, where skies were still sunny:

A view of the eye of the storm:

Tournament is cancelled. UCLA and Gonzaga have pulled out…..will not travel due to impending hurricane