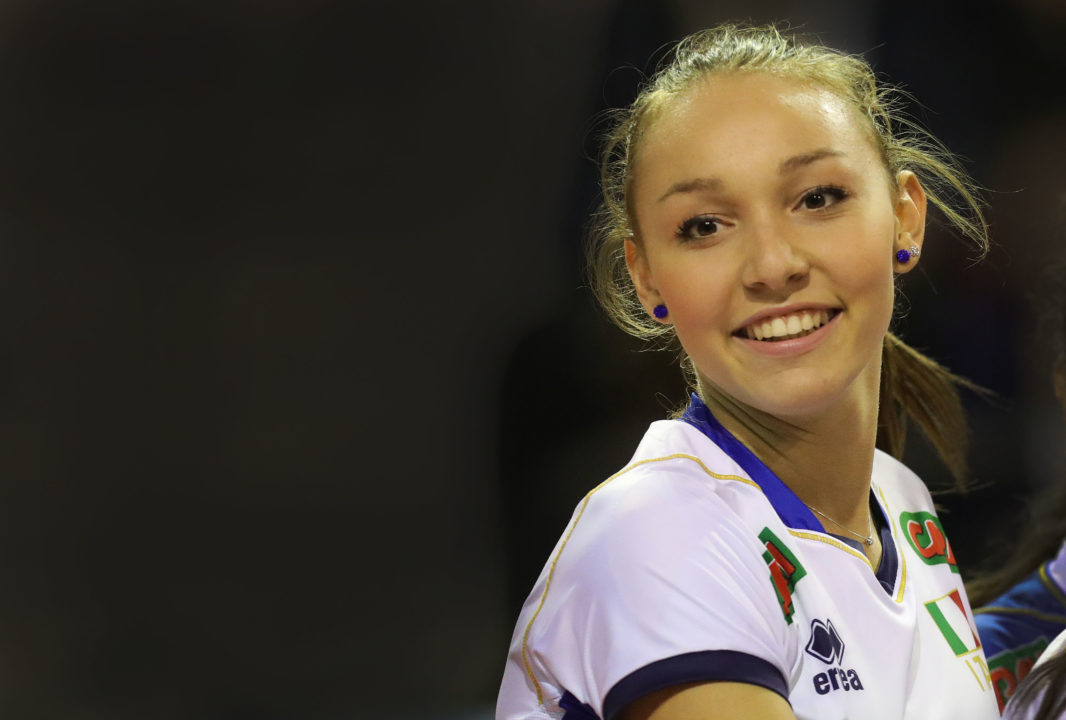 The 2018 Gloria Volleyball Cup, which similarly to the Rabobank Super Series last week in the Netherlands is more of a glorified weekend of friendlies than a true tournament, will begin on Thursday in Belek, Turkey.

This year’s participating teams are #5 Russia, #7 Italy, #12 Turkey, and #24 Azerbaijan, as all 4 nations prepare for the start of the 2018 FIVB Women’s Volleyball World Championships from September 29th-October 20th in Japan.

For the most part, all 4 countries are bringing their top lineups to the tournament, including the hosts Turkey who finished 2nd in this year’s FIVB Nations League. One notable exception is that of Elena Pietrini, who has been left home in Italy to continue treatment for a muscle strain. The 18-year old, 190cm (6’3″) outside hitter showed her value at both the 2017 FIVB U18 World Championships, and at the recent Rabobank Super Series where her serve was a dominant force in the matches that she played. If she remains healthy, she’ll already have a chance to start for Italy at the World Championships due to a run of injuries to their group of outside hitters including Caterina Bosetti.

The tournament is a final opportunity for players to prove their worth for the World Championships final 14 roster for head coach Davide Mazzanti. Besides Pietrini, also from the Worlds training group, Alessia Orro and Laura Melandri remained in Italy to train with the Italian U20 team until August 25th.