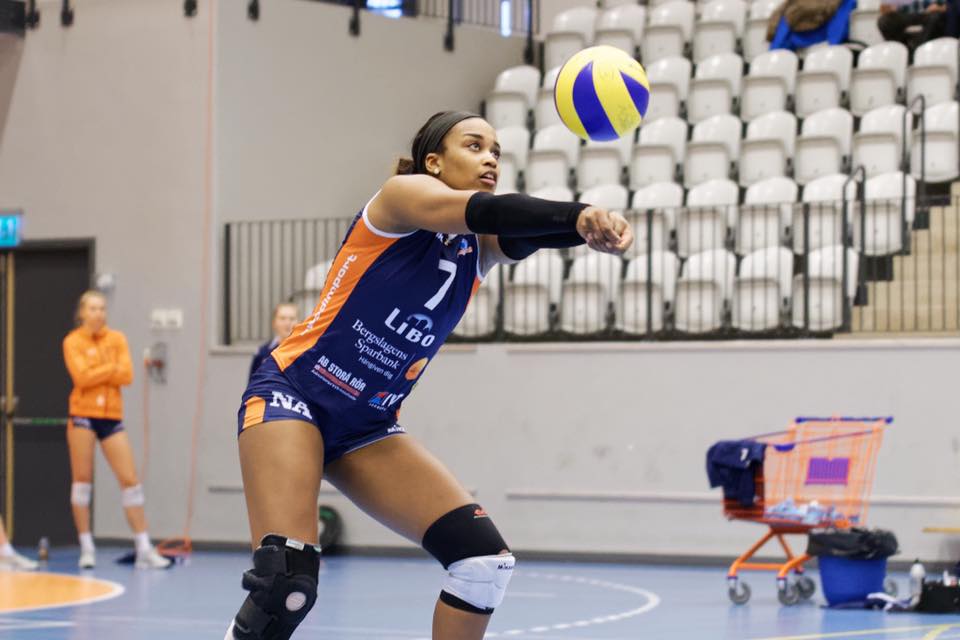 Belcher got her start in the Swedish league last season, and will now move to Spain for her 2nd year as a pro. Archive Photo via Denise Belcher

Former USF Bull Denise Belcher has signed a contract to join Haro Rioja Volley in Spain’s top league for her 2nd professional season. She made her professional debut last season with Lindesberg Volley in the Swedish league.

The 6-foot tall outside hitter began her pro career last year with a team that finished 4th in Sweden’s top league, amassing 51 points with an 18-9 win-loss record. She joins a team that was 5th out of 12 in the Spanish Liga Iberdrola last season with a 10-12 record.

Individually, Belcher rated as the 6th-best outside in the Swedish league last season. She scored 239 points in 48 sets played, or 4.9/set. Most of those points (189) came on kills, while hitting 41%, with 26 coming from blocks and a further 24 coming from the service line.

The biggest opportunity for improvement in her game is service reception, where last season she had 43% positive reception and just 18% excellent reception. The best outside hitters in the league were receiving at a positive rate north of 50%, and excellent rates in the mid-to-upper 20s.

She joins a team that finished 8th out of 12 teams in both positive and excellent reception in the Spanish league last season (34%/27%).

But Haro will value her as much for her offensive skills as everything. IN 2017-2018, datavolley’s top-ranked returning outside hitter from Haro Rioja was just 22nd in the league (Aida Extebarria- 115 points in 69 sets), the team hit just 35%, and they lost their top scorer. Portuguese National Teamer Marta Santos Hurst ranked 4th in the league in scoring with 368 points in 81 sets (4.5.set), and had 58% positive and 34% excellent reception, but has signed to join Club Voleibol Haris in Tenerife on the Canary Islands. That team finished 2nd in the Spanish league last season