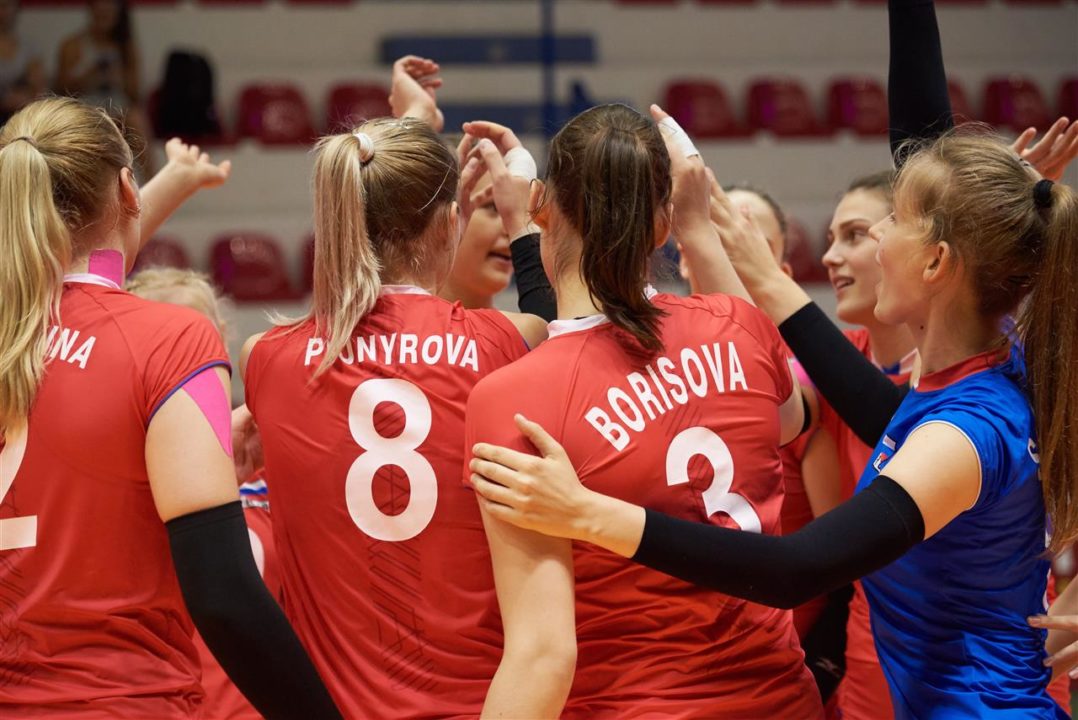 In the fourth day of competition, Italy and Russia showed its superiority by booking semi tickets with still one round of play to go. Current Photo via CEV

In the fourth day of competition, Italy and Russia showed its superiority by booking semi tickets with still one round of play to go. In Pool I Poland, Belarus, and The Netherlands still have a chance of qualifying, while hosts Albania were eliminated. In Pool II Germany, Turkey, and Serbia still have a chance to make the semis, while Slovakia and France have lost their chances at advancing. Here is the day’s recap:

Quotes of the Day

“Today we knew that the U19 European Championship is over for us. It is difficult to explain the feeling. We are frustrated and we disappointed, because we know that we make too many small mistakes that cost us too much in the important moments. This is a problem of the team and we couldn’t solve it. We can’t afford having two different levels between sets.” – France’s head coach Philippe – Marie Salvan

“We are very happy that we played a good match on Wednesday and that we qualify for the semi-finals. We still don’t know if we will finish on first or second position. We know the situation in the other Pool and we would like to play against the team that is not so strong, of course, but we don’t know yet who this team is. We have played against these teams one year ago, but a lot of things have changed for that period, so we will see what will happen.” – Russia’s head coach Alexander Karikov

“Mission accomplished. But not very happy though. We did nice things on the court, but we also committed some terrible mistakes. However, we achieved our goal – we are going to Tirana. Next aim is to do right also in the final days of the competition.” – Italy’s head coach Massimo Bellano