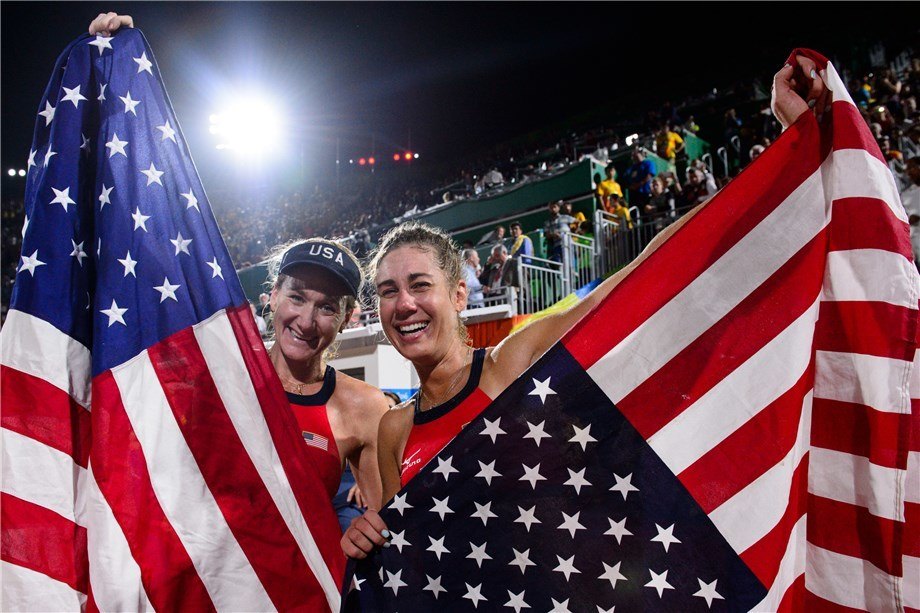 The split comes after Ross signed a contract to continue playing on the United States’ AVP tour, the largest and most financially viable beach tour in the U.S., while Walsh-Jennings opted not to as a result of a feud with the organization that includes Walsh-Jennings suing for what she says are unpaid bills.

“I have a ton of respect for April,” Walsh-Jennings said. “I just have a different vision for the future.”

“April and I are finished. We’re not competing together anymore,” Walsh-Jennings confirmed in an interview with NBC, who are live-streaming the final of this weekend’s Hungtington Beach Open on Sunday.

The split began last year when Ross was forced to find a new partner for the AVP Championship last year after Walsh-Jennings boycotted the event over new rules. Then, after the pair competed in the FIVB World Beach Tour Finals in Toronto, Ross announced that she would be sitting out the 2017-2018 season while trying to have her first child. Ross changed that plan at the last moment, meaning the two would reunite for one last appearance, the season-opening Ft. Lauderdale major, where they finished 5th.

Ross and Walsh-Jennings played together to a bronze medal at the 2016 Summer Olympic Games. That 3rd place finish came after Walsh Jennings had won gold medals in 2004, 2008, and 2012 with then-partner Misty May-Treanor.

Walsh-Jennings confirms that she’s still not retired, and her goal is still to play in the 2020 Olympics in Tokyo, Japan, when she will be 42 years old. She’s widely-regarded as the most decorated and accomplished women’s beach volleyball player in the history of the sport.

In the interview, Walsh Jennings heated-up the rhetoric with regard to the AVP. “I know my intentions are pure,” she said. “And this is not about not being grateful. This is about knowing there’s more and better out there. I believe in the sport. I believe in the sport at the highest level. That’s what I’m going after. It’s all there for the taking.”

She called the contract, which she didn’t sign, a “death sentence to our sport,” saying that the tour hasn’t done enough to create true professional volleyball players – with most having to work a full-time job or live with their parents to make ends meet. The contract would have committed her to the AVP over the rival and smaller NVL through the 2020 Olympics. That would’ve meant that the two would’ve had to play with different partners on the domestic tour than on FIVB’s international tour.

Walsh Jennings says she has no idea who she will play with next. Walsh is playing at this week’s Huntington Beach Open with Whitney Pavlik, but has not yet commented on her long-term plans.

There is a typo. April Ross is playing with Whitney Pavlik this weekend in Huntington not Walsh.