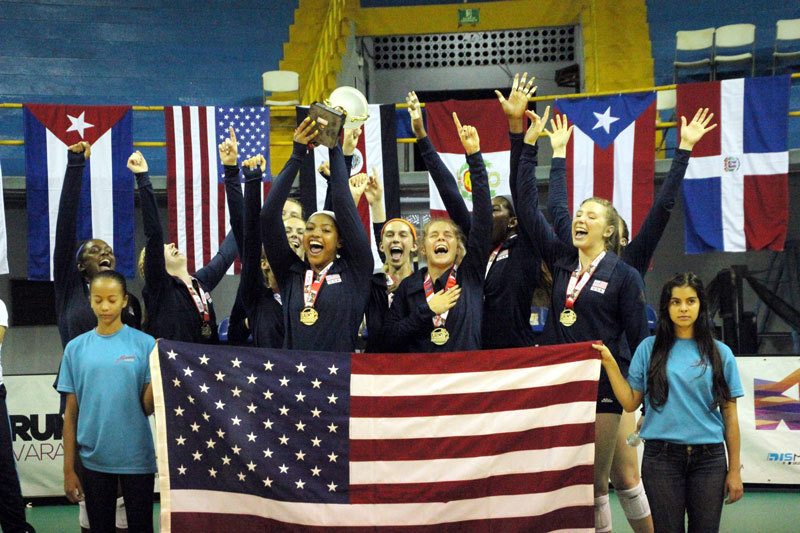 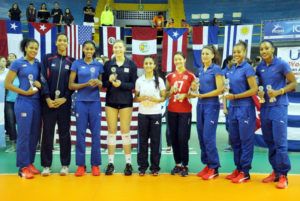 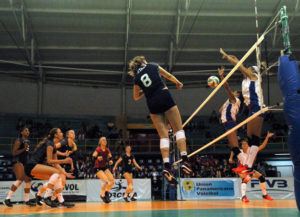 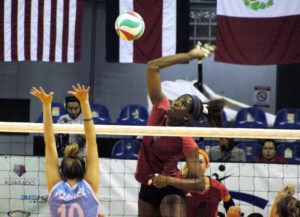 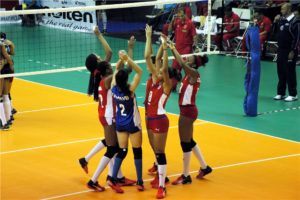 After a 3-1 win in pool play, the Americans took a hard-fought 3-0 sweep over Argentina to claim the 2017 U20 Pan Am Cup title.  This is the Americans’ first ever medal finish, let alone gold medal finish, in the history of the tournament.

For Argentina, this marks a second consecutive silver medal after falling to the Dominican Republic in the 2015 championship game. Both the U.S. and Argentina, by virtue of being the last-standing teams from their respective continents, have qualified for July’s U20 World Championships in Mexico.

The Americans ruled the day with a 13-6 blocking advantage.

USC sophomore-to-be and Team USA captain Khalia Lanier led all players with 16 points. Just as they did in the semi-finals, Regan Pittman (12 points) and Mackenzie May (11 points) joined her in double figures.

“Winning in the final match is something we haven’t done a lot of, we feel great,” Lanier said. “This win was a good team effort, it wasn’t our best performance but we were mentally tough and we stayed in the game, that’s what made the difference.”

In the last age group cycle, this group of Americans finished second on many podiums. At the 2015 U18 NORCECA and World Championships, the Americans took silver medals in each.

“Big congratulations to Argentina, they were disciplined, they had a great game plan, with a great coaching staff; they played very well,” US head coach Jerritt Elliott said. “We made some mistakes early on  but the way that this team stayed steady with their routines says a lot of this group; we could have erupted emotionally and give away some games and we didn’t do that. We came-out successful, I’m proud of them.”

“We just lost the championship match and obviously we’re not happy, nobody likes to lose,” said Argentina’s captain Azul Benitez. “We leave satisfied to have qualified to worlds and because we played a good tournament.”

Argentina was led in scoring by opposite Anahi Tosi with 11 points – their only player in double figures. They also limited themselves to just 20 errors, as compared to 23 for the Americans.

“This was a good championship match, with limited errors, it was a good spectacle,” Argentina’s coach Guilermo Caceres said. “This is a category that has to display good volleyball. Argentina has to play more competitive matches like this one to improve our senior team. I am proud of my team and I congratulate USA, they deserved to win this tournament.”