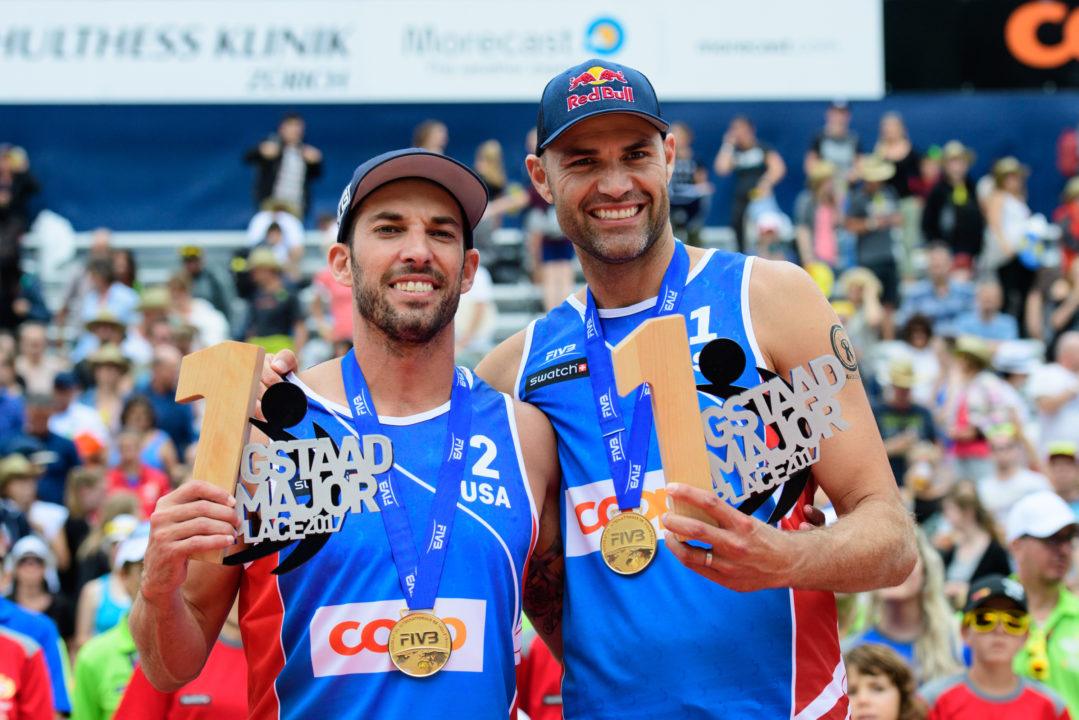 American's Phil Dalhausser/Nick Lucena climbed their way to the top of the podium at the Gstaad Major. Current Photo via FIVB

American’s Phil Dalhausser/Nick Lucena climbed their way to the top of the podium at the Gstaad Major. The will take home the $40,000 prize to split after taking down the Polish pair of Piotr Kantor/Bartosz Losiak 2-0, (21-18, 21-19).

The overall record of the two teams facing each other reaches 2-2 with the win for the Americans, as the Polish squad took the last two matches last season over Dalhausser/Lucena.

Each of the final four participants in the tournament are ranked in the top-eight in the FIVB World Rankings.

Dalhausser/Lucena had to fight through a tough Brazilian pair to make their way to the finals match. This is just the second time that the two pairs have met in the semifinals of an FIVB World Tour event, with the Brazilian crew taking the last meeting in Fort Lauderdale to open the 2017 season.

In their first ever World Tour meeting, the Polish crew took down the Brazilian side in a tough three-set match to advance to the finals.

Saymon/Alvaro had no troubles taking the bronze medal way from fellow Brazilians Evandro/Loyola in a straight set sweep.