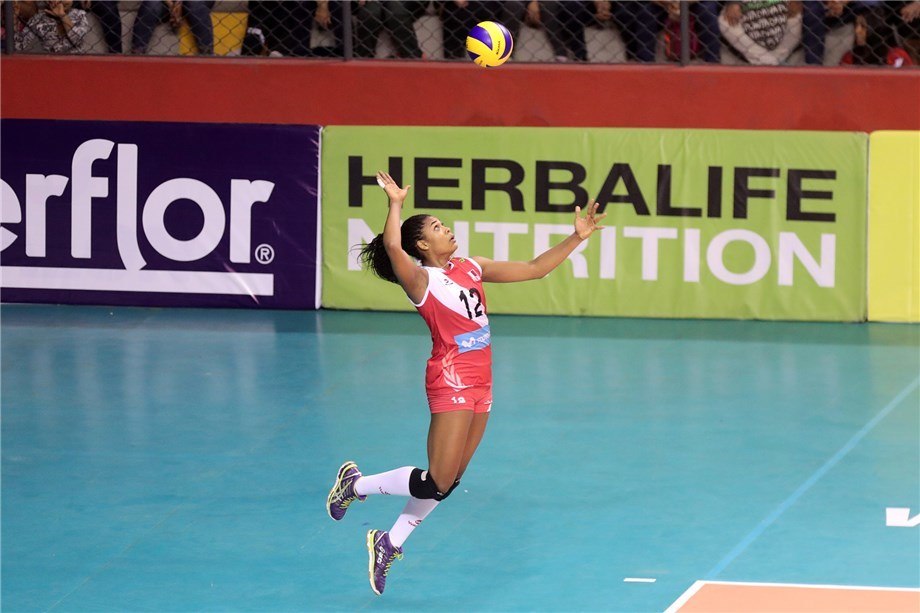 The 21-year old six-foot wing spiker Leyva told globo.com, “I’m happy to be in Osasco. Here I feel at home and I hope to evolve more and more to help the team fight for titles.”

While Leyva seems excited to be in Osasco, so does Osasco head coach and fellow Peruvian  Luizomar de Moura, “Angela is an athlete of great potential. I’m sure it will show evolution in the second season in Osasco and will help us inside the court.”

Last season Osasco finished fourth overall in the season before losing to eventual winners Praia Clube in the semifinals. They will be starting the 2018-19 season at the Paulista Championship this Friday in the Jose Liberatti gym against Valinhos.

Leyva signing on for another year isn’t the only big news for the team. Osasco signed American opposite and Olympic medallist Distinee Hooker. Hooker has played in the Brazilian league for the last three two seasons with Camponesa Minas. She’ll be familiar with the environment in Osasco after playing for them during the 2011-12 season prior to winning a silver medal as part of team USA at the London Olympic Games.

“It’s a group I like a lot. I think we got an upgrade from last season. Today we gave athletes who complement each other with experience, strength, youth, versatility,” Luizomar said.