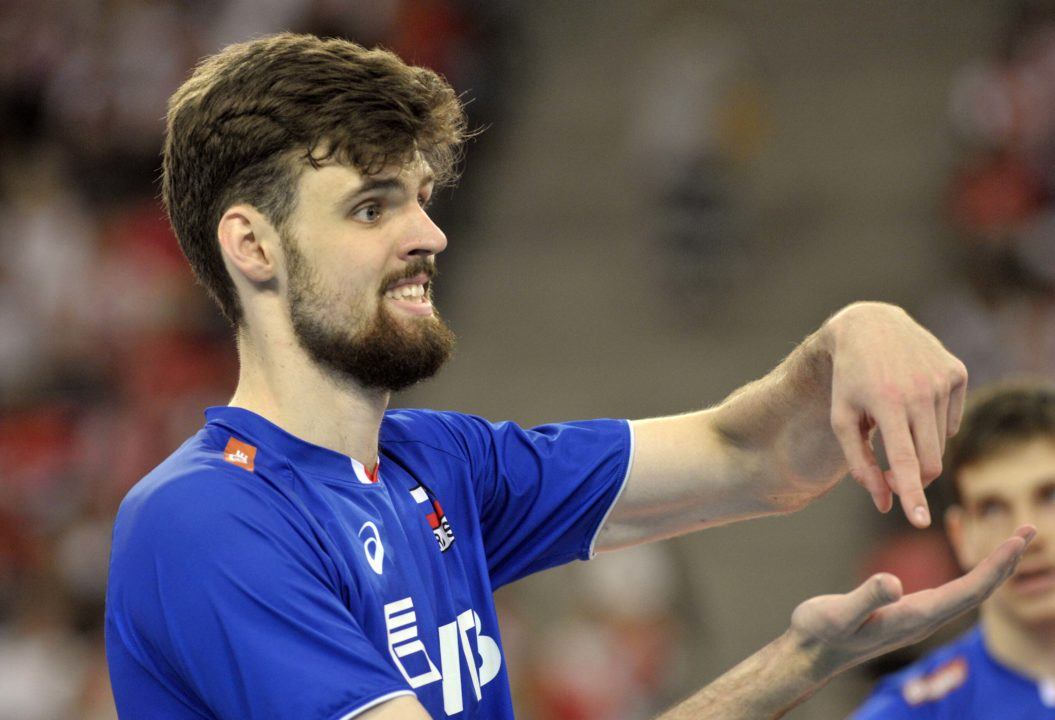 After a failed World Championships run with the Russian national team, Egor Kliuka  found motivation for this club season in... Archive Photo via FIVB

After a failed World Championships run with the Russian national team, Egor Kliuka  found motivation for this club season in his wedding.

Russia finished sixth at the FIVB World Championships, advancing to the third round before being eliminated after losing matches to both Brazil and the United States.

After the losses the 23-year-old wing spiker fell into a poor emotional state. Although based on searches of his social media there’s no indication of the actual date of the wedding, based on what he’s told the media, it happened sometime after their last match of the World Championships on September 27th and prior to mid-October.

“Well, before the wedding, I didn’t feel very much,” Kliuka told his club volleyball team, Fakel Novy Urengoy, according to championat.com. “Of course, after the national team I had a certain emotional and physical decline, due to the fact that we did not manage to win the world championship. But the wedding, such an important event, cheered me up, helped me to switch, and now I am happy to train.”

Kliuka rejoins Fakel in the top division of Russian volleyball (the Russian superleauge) as an outside hitter. On October 14th they defeated Ufa 3-0 in their first match of the season. Their next scheduled match will take place against Krasnoyarsk on October 22nd.