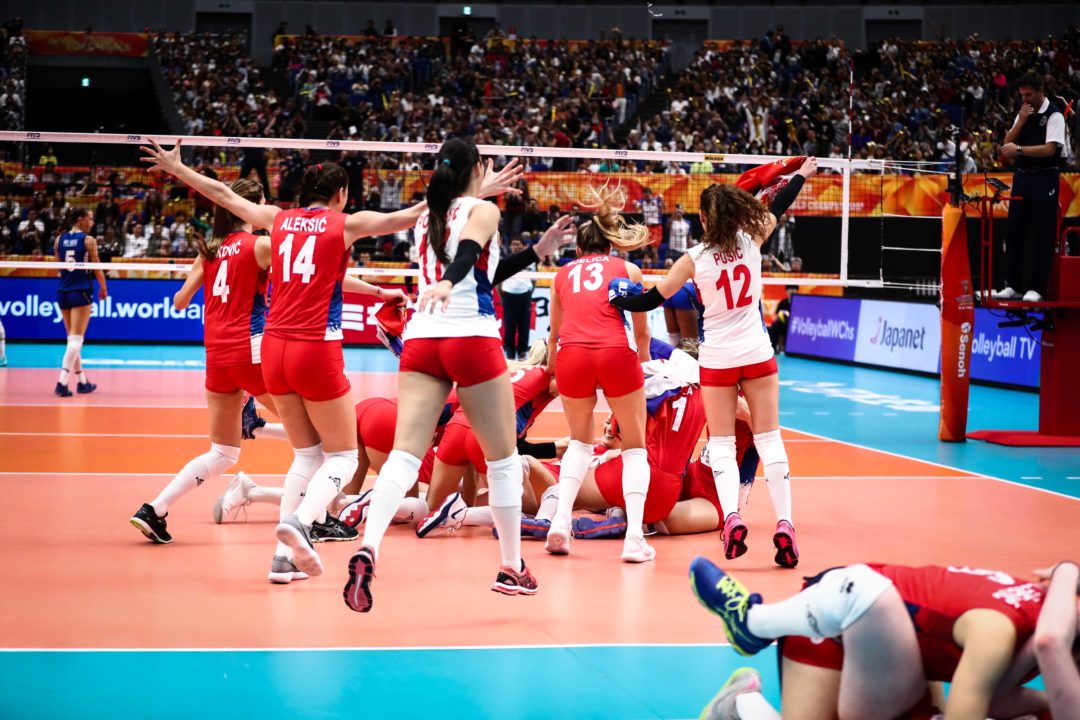 The Serbian women’s national volleyball team received an enthusiastic welcome upon their return to Serbia‘s capital, Belgrade, after taking home the win at the 2018 FIVB World Championships.

There were family, friends, fans, and press waiting upon their arrival at Belgrade Nikola Tesla airport. When they showed up the crowd erupted in cheers and ecstatic commotion.

In the video below posted by the volleyball association of Serbia,  you can see members of the winning Serbian team being interviewed by media personnel a with a large crowd of supporters behind them.

To see several more videos of the celebration in Serbia upon the teams arrival click here.

The team was featured not only at the airport, but within the city. In the video below you can see a gigantic crowd of people looking up towards a balcony where a presentation featuring the team is taking place.

Serbia won the FIVB World Championships after defeating Italy 3-2 in the final round. They lost the first set 21-25 before putting up a decisive win on the second set (25-14).

Italy won the third set 25-23, meaning that Serbia would need to win the next two remaining sets in order to clinch the title. They did.

In the fourth set Serbia won 25-19 before winning the fifth set 15-12 to secure the victory for their country.